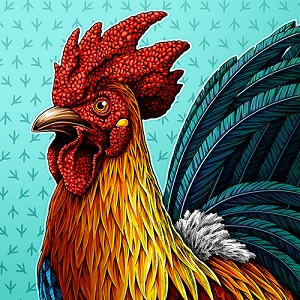 [Blind Gossip] If you are wondering how that cheating story leaked out to the mainstream media, we have a little insight on the chain of custody.

Baldy and his wife Starchy were arguing a lot over his cheating on her.

After one particularly brutal fight with Starchy, Baldy told his brother Rooster what was going on. He also specifically asked him not to discuss it with actress wife, Limelight.

And that is when the rumor went mainstream!

Now, we do not know if Limelight accidentally spilled the gossip to people outside the family because she doesn’t understand the “family rules”…. or if she intentionally leaked it because she wants to hurt Baldy and Starchy.

It almost doesn’t matter, though, because the damage is done. And it was easy for the family to trace the leak directly back to Limelight.

So, now you know the chain of custody of the rumor. Neither Baldy nor Starchy shared anything directly with Limelight. It was all Rooster.

And that is why Baldy and Starchy don’t trust Rooster any more and are keeping their distance from him… and why Limelight is a persona non grata.

[Optional] If you were Baldy and Starchy, what would you do?