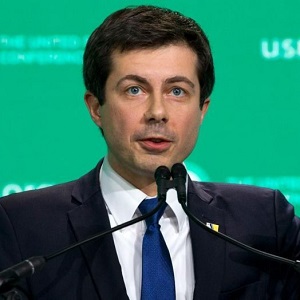 [Blind Gossip] His strategy was always to bury the truth about himself. However, he is now shocked to find himself usurped by someone who did not!

This politician may be regretting his initial strategy. He is now huddling with his team to try to figure out if he needs to take a different tack.

He thought that there was absolutely no way he could run as an openly gay candidate, so he is shocked by the fact that Pete Buttigieg is doing so well. Now he’s missing out on all that support so he has to rethink his strategy.

So, since being gay may actually be benefiting Mayor Pete, does our candidate now think that he should state that he is also gay?

He can’t go “full gay” now or else he would be accused of being a liar, so he is thinking of announcing that he is bi. That way he could have a girlfriend, not worry so much about the oppo research about his past, and start courting the pro-gay support (especially the Hollywood money) that is going to Buttigieg.

This just gets crazier and crazier!

Similar: In It To Win It

[Optional] If you were his campaign manager, what would you advise him to do? Please keep your comments civil.