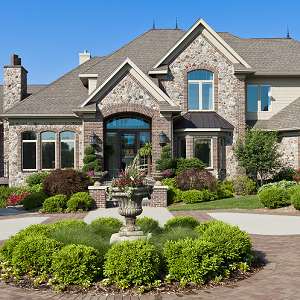 [Blind Gossip] These two celebrities are said to be arguing over who gets the main house in their divorce.

They are arguing because they each love the property and want to live there, right?

Well, we have two things to tell you about this situation from two different sources.

First, the wife is only pretending to love the house.

She hates that f*cking house! She thinks it’s hideous. She does not want to live there. It’s his idea of a home, not hers.

So… she does not want to live there and raise their children there?

Oh, god no! She wants it because it is one of their biggest assets. She will do or say whatever it takes to get it. Then she can sell it and buy something else.

She actually has her eye on something that is in [her sister’s] neighborhood.

Second, the house isn’t worth nearly what the couple is claiming it is worth.

When it comes to the house, those numbers are completely inflated.

Gee, that’s a shock. We can’t believe that two chronic attention-seekers would pretend to be worth more than they are!

However, in divorces, most people try to downplay – and sometimes even hide – their assets. Why are they doing the opposite?

If this was heading to court, the actual value of assets like real estate and chattel would be presented and would likely become public. That might embarrass them.

Inflating the numbers signals that they have zero intention of going to court.

That makes sense. By the way, chattel = personal property other than real estate. Like furniture. Or clothes. Or a twenty-carat diamond ring. Or a cow.

But we digress. Back to those house prices.

If they do stay out of court, they can inflate the numbers as much as they want to the public. Hyperbole brings publicity. If you are trying to sell a property for the highest possible price you want all the publicity you can get.

Thus, it also clearly signals an intention to sell.

When it does sell it will be because it is the land that has the value, not the house.

So that’s two votes for “sell”!

[Optional] Will they get divorced? What will happen to the house?