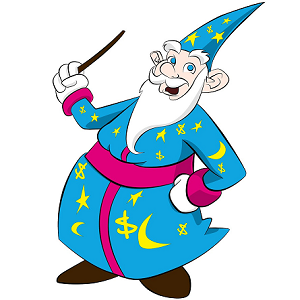 [Blind Gossip] This director and producer is one of the most successful ever.

He was not only a wizard at creating hit after hit, he is universally regarded as one of the industry’s best-loved figures in TV and film.

That’s the public side.

Wizard was not exactly the nice, happy guy that he is portrayed to be.

The women he targeted were not just actresses, but below the line staff as well. To be more specific, if you were a young and pretty and a woman and you wanted to work on his projects, you might be called on to do special favors for him. Big favors. Huge favors. In private.

To protect the women involved, we’ll simply call them both Production Assistants.

PA1 knew that Wizard kept the same production team from project to project. She knew that if she succeeded on that first project, she would be consistently employed.

She was a confident girl, but she was young and scared to disobey him or she would lose her job.

She would have to flash him her breasts or pull down her pants because he wanted to see her ass. Sometimes he would make her do a str*p tease for him. Sometimes he told her to give him a lap dance.

PA1 endured the humiliation. Wizard continued to employ her on film after film.

Then there is PA2.

He sat her down after a few weeks on her first film and said,

Where did he want her to do these “things”?

In addition to the house in [Los Angeles neighborhood] where he and his wife lived, he kept an apartment on [street]. The company paid the rent on that. It was supposedly for “meetings.”

PA2 had heard stories about what happened to girls who went to that apartment for “meetings.”

She made light of his requests and pretended that she didn’t know what he meant. She would just run away to the other side of the set and try to avoid being alone with him. She figured that as long as she stayed away from Wizard, she could do her job and do it well.

The cast and crew loved [PA2]. Very pretty girl. Young, nice, a hard worker. [The actor who starred in the film] specifically told her that he wanted her to work on the next film, too.

That never happened. PA2 was dismissed from the set before the end of production.

And, for his next film, Wizard made an offer to every one of the crew members with whom he had worked on the previous project. Except PA2.

So, when you hear all those loving tributes from people about how Wizard is the greatest guy and how everyone loved him, you should roll your eyes.

He may have been a Wizard at creating comedic hits, but not everyone was so happy spending their days – or nights – with him.