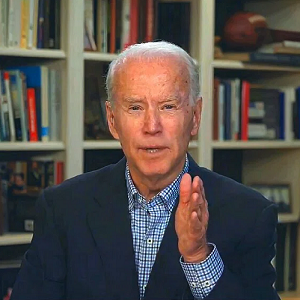 [Blind Gossip] We told you before that this man chose a very specific prop to help him land the job he wanted.

That didn’t work out as planned.

Not that his girlfriend was a liability. It was more about him just not having the right stuff to make make it to the top of the Democrat’s presidential ticket.

For a while, he considered some alternatives. Like coming out. Or saying that he was bi. That could have been plausible. After all, his girlfriend had eased the path for him by coming out first.

He didn’t, though, and stayed the course until the money ran out. That seat in the Oval Office and that white wedding in the White House wasn’t going to happen.

He held on to the girlfriend, though.

It turns out that her role is not over!

For a hot minute there, he thought he would get picked as Vice President. He became Biden’s buddy. That is not going to happen. Now he’s hoping for a Cabinet position.

That is why she is still around. Not physically, of course. She’s living elsewhere. She wasn’t going to hole up with him for months just to keep the charade going.

So now an occasional social media post is all that is necessary to keep this relationship alive while our politician continues his rise through the ranks.

It’s easy to fake a relationship when you don’t have to see each other at all!

Sounds like this pair is going to continue for at least another six months. More if Joe Biden wins.

[Optional]  Who should/will Joe Biden pick for his Vice President? Will they win? Please keep your comments civil.