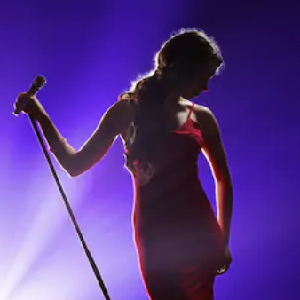 [Blind Gossip] You know how Hailey Baldwin hung in there for years waiting for Justin Bieber to get over Selena Gomez?

We have a similar story for you!

This singer was destined for stardom.

Her story is a bittersweet one.

She started out as a hot, young, beautiful, sassy singer. Stylish, too. Everyone wanted her.

Style had a huge hit in the early aughts and signed with a big record label.

She also landed a big rapper (and future mogul) as her boyfriend.

Style broke up with the rapper. That devastated Rapper at the time.

Rapper was quickly picked up on the rebound by a famous diva. However, Rapper was still in love with Style when he started dating Diva. Diva was acutely aware of that, and was resentful that she was Rapper’s second choice.

There were rumors back then that Style and Diva engaged in some cat scratching over Rapper. However, there was never any proof of the women actually fighting it out (e.g. nasty text messages or brawls in elevators).

Diva hung in there for years waiting for Rapper to get over Style.

Diva and Rapper eventually married. They even produced some children with interesting names. Their careers and fortunes thrived.

However, Style’s career sputtered after her breakup with Rapper. She put out a couple of albums, but she basically turned out to be somewhat of a one-hit wonder.

No, we do not know if Rapper or Diva sabotaged Style’s career in any way. Sometimes careers start out hot but flame out just as quickly.

Sadly, a few years after that, Style also had bit of a breakdown.

She has recently been attempting a comeback.  She’s not quite the same girl, though.

Her voice is still OK, but she’s twenty years older and she’s put on about seventy or eighty pounds.

Rapper turned into a mogul and is doing well. Perhaps Style should hit him up for a record deal?

If she can get past Diva, that is…

[Optional] Do you think Diva and Rapper are happy together?