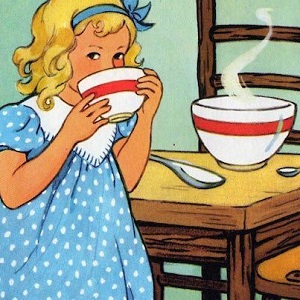 [Blind Gossip] This funny gal who you know from a comedic TV show was out for a late night meal.

She and a companion stopped by a casual dining restaurant (similar to an Applebee’s) a few minutes before the restaurant was scheduled to close for the night. She begged the hostess to let them in.

The host graciously made an exception, but told them that they would have to order and eat quickly because the staff was getting ready to clean up and go home.

She just sat at the table with her friend staring at their phones. The server kept going by asking them if they had looked at the menus yet and what could she get for them, but they kept stalling.

This went on for about twenty minutes. The restaurant had emptied out by then. Our actress finally did order. A burger. Medium rare.

We put in the order and served her as fast as we could. She took a couple of bites and said, “It’s too rare.”

Gave it back to the kitchen to cook a few more minutes. Served it again. She took a couple of bites. This time she said it was too well done.

The cook started over with a new burger. By this point, it was an hour past close. The restaurant was empty save for our actress and her female friend (who hadn’t ordered anything but a soda). They sent over a new burger.

This is where Goldilocks proclaims the burger to be “just right.” Right?

Of course she wasn’t that hungry. She and her friend had already eaten half of one burger and half of another burger!

Then came the really galling moment.

The server brought her the bill, and she said, “You don’t expect me to pay that, do you? You didn’t serve me what I ordered!”

Rather than get in a fight, the restaurant decided just to apologize to the actress and let it go.

We didn’t want her getting on social media and putting us on blast or claiming we tried to serve her bad food!

Given that the funny actress has been known to complain on social media, that may have been a sensible call.

The actress did leave a tip, though.

Similar: Fight At A Restaurant

[Optional] If you were the restaurant, how would you have handled this?