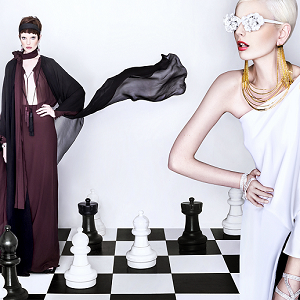 [Blind Gossip] When you are a high-profile person, it is important to be associated with other important people.

However, no matter how many followers this female celebrity has acquired on social media, though, the relationship that she covets most – with a certain royal female singer – has eluded her!

Singer sent out some gifts.

Now, if TV Celebrity had actually received one, she would have been the first and loudest and most prolific to boast about receiving said gift from singer.

So it was noticeable when there were crickets.

Want to know what was going on behind the scenes?

There was a lot of begging. She really wants her followers to think that [Singer] is her friend (even though that’s not true). [Celebrity] promised she would do multiple shots with [Singer’s product line] to her millions of followers.

[Singer] was all business about it and saw it as good opportunity for publicity, so she finally OK’d the delivery.

Why did it take so long?

A couple of reasons. First of all, that delivery was done after all the others.

The second delay happened when [Celebrity] got greedy. She asked [Singer] to reciprocate and plug [Celebrity’s product line] in return.

How did that go?

Eventually, [Celebrity] was getting mocked online so much that she got desperate and had to demo [Singer’s products] just to make it look like she wasn’t left out.

So Singer delayed the delivery… forced Celebrity to beg… AND refused to respond to the request to reciprocate the plug.

However, Celebrity got the gift… and can now pretend that she and Singer are friends.

That was one very strategic game of gift chess!

[Optional] Who do you think won?