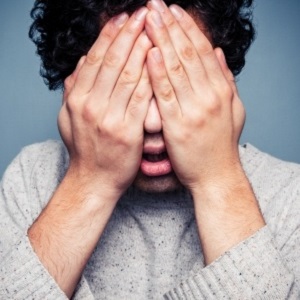 [Blind Gossip] This very average-looking actor has gone from TV star to movie star in the past few years.

That sudden trajectory probably has a lot to do with his key role in a major franchise.

He recently did a quick gig on a TV series. The crew was given specific instructions about how to treat him.

No one was allowed to look at him. We were ordered to turn our heads every time he walked by so we wouldn’t accidentally catch his eye. It’s a very small and collaborative environment, so it was an odd request.

We don’t know if Mr. Average Looking has developed a big ego or if he is just super-sensitive, but we do know that he did not make these kinds of demands on the set of his former TV show so we were surprised to hear about this.

Similar: Wall Of Me

[Optional] Why do you think he demanded this behavior?