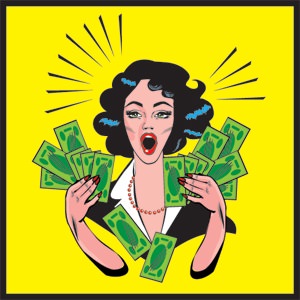 [Blind Gossip] He parlayed his stint on a TV comedy sketch show into a a film career that made him one of the biggest movie stars in the world.

When he was at the peak of his career – and his earning power – he met a beautiful and glamorous woman. They married created a family together.

They divorced many years ago. He gave her a huge lump sum payment and child support. His settlement with her was one of the biggest Hollywood had ever seen. It was the kind of money that would last your average person several lifetimes.

Her last child is about to leave the nest, so the child support payments will be going away soon. But she still has plenty to live on, right?

The divorce lump sum is all gone and the child support stops soon. She is completely broke and getting desperate. Her only goal right now is to find a rich man to support her.

Maybe that’s why she has been pursuing other women’s husbands?

[Optional] Do you feel sorry for her?