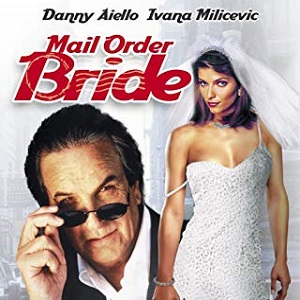 [Blind Gossip] This funny TV actor and his new wife were the target of a female stalker.

Now the stalker is turning the tables against the actor… and going after him legally!

The stalker originally sent the actor hundreds of rambling emails swearing that she was the actor’s true love and she would do anything to be with him. The stalker seemed to believe that once the wife was out of the way, she and the actor would marry and she would have his baby.

When the threats escalated and the stalker began showing up at the couple’s home, the couple took legal action to stop the stalker.

They thought it was over.

The stalker is at it again!

This time, she is claiming that not only did she and the actor have a real relationship before he married his current wife… but that he had tried to make the stalker his mail-order bride!

While these are likely trumped-up claims from an unstable person, it is interesting that the stalker had the actor’s personal email, that he responded to her on many occasions, and that she is now saying that she will take legal action against him.

As one of his friends would say: “Twist!”

Similar:  The Man In The Plastic Mask

[Optional] Do you think that the actor had an intimate relationship with the stalker at some point?