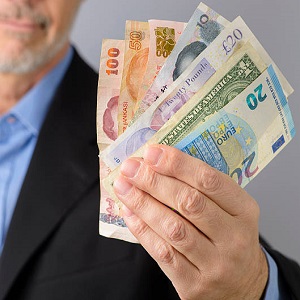 [The Telegraph] A leading businessman has been granted an injunction against The Telegraph to prevent this newspaper revealing alleged sexual harassment and racial abuse of staff.

The accusations against the businessman, who cannot be identified, would be sure to reignite the #MeToo movement against the mistreatment of women, minorities and others by powerful employers.

The Telegraph spent the past eight months investigating allegations of bullying, intimidation and sexual harassment made against the businessman, but on Tuesday this newspaper was prevented from revealing details of the non-disclosure deals by Sir Terence Etherton, the Master of the Rolls, the second most senior judge in England and Wales.

His intervention makes it illegal to reveal the businessman’s identity or to identify the companies, as well as what he is accused of doing or how much he paid his alleged victims.

In a 20-page ruling published on Tuesday, the Court of Appeal simply refers to the businessman as “ABC” and describes the allegations as amounting to “discreditable conduct”. The interim injunction order states that in five cases “substantial payments” were made to five people as part of “settlement agreements” or NDAs.

The accused man has hired a team of at least seven lawyers and spent close to £500,000 in legal fees to persuade the Court of Appeal to injunct The Telegraph. He is being represented by Schillings, the legal firm which has also worked with Cristiano Ronaldo, Lance Armstrong and Ryan Giggs, individuals who have controversially made use of NDAs or injunctions to silence accusations of wrongdoing.

On Tuesday, in the latest twist in a legal fight which began in July, the court ruled that the confidentiality of contracts was more important than freedom of speech.

Sources said that the businessman’s behaviour created a negative culture within his companies where many were unhappy about their treatment, which included being humiliated in front of other staff.

The disclosures will raise concerns about how non-disclosure agreements are used to “cover up” potential wrongdoing as well as whether it is appropriate for injunctions to be granted to protect an individual’s privacy when serious allegations have been made.

BG Note: You can read the full article here.

[Optional] Do you think that if a man pays off his accusers, he must be guilty? 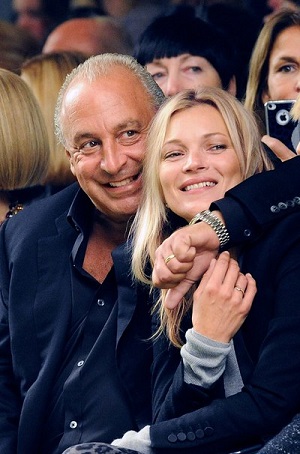 Businessman and/or Company: Sir Philip Green, the CEO of Topshop

Philip Green was just named as the British businessman who has been trying to silence both the accusers and the press about his history of sexual harassment and racial abuse of staff.

Green is known to Blind Gossip readers as the father of Chloe Green, the Topshop heiress. You may recall that Blind Gossip was the first to tell you that Chloe Green was pregnant by hot felon Jeremy Meeks in 2017 (see Lock And Key Announcement).

Philip Green is a British tycoon businessman and the owner of several large British companies. He is the Chairman of Arcadia Group, a retail company that includes Topshop, Topman, Wallis, Evans, Burton, Miss Selfridge, Dorothy Perkins, and Outfit. The BHS department store chain used to be part of the group.

The retail billionaire became Sir Philip Green after he was recommended for knighthood by Former Prime Minster Tony Blair in 2006. After a pension scandal, Parliament unsuccessfully tried to rescind his knighthood.

The facts that Green’s daughter is dating a biracial man – and that Green is the grandfather of their new baby – make the charges of racism particularly interesting. 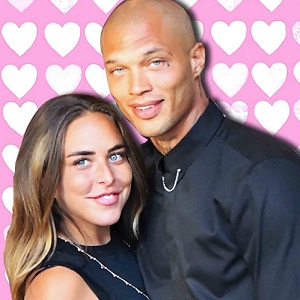 It is also interesting that Green spent an enormous amount of money (£500,000) to gag the victims and the press, but was eventually called out in public by a Member of Parliament (see clip below)!

Sir Philip Green has been named as the “leading businessman” who obtained a privacy injunction to prevent the media publishing allegations by former employees.

The 66-year-old chairman of Arcadia Group, which includes fashion brands such as Topshop and Dorothy Perkins, was named by a peer using parliamentary privilege.

Lord Hain, a Labour peer, told the House of Lords: “I have been contacted by someone intimately involved in the case of a powerful businessman using non-disclosure agreements and substantial payments to conceal [allegations] about serious and repeated sexual harassment, racist abuse and bullying.

“I feel it’s my duty under parliamentary privilege to name Philip Green as the individual in question, given that the media have been subjected to an injunction preventing publication of the full details of a story which is clearly in the public interest.”

Jess Phillips, the Labour MP for Birmingham Yardley, said British laws appear to “allow rich and powerful men to do whatever they want as long as they can pay to keep it quiet”.

There have also been calls to limit the use of NDAs following the “Me Too” movement, after it was revealed that disgraced film mogul Harvey Weinstein deployed them to keep alleged victims quiet.

They have also been used in politics, with figures revealing that the House of Commons spent more than £2.4m through NDAs over the last five years.

Congratulations to Twodots for being first with the correct guess! 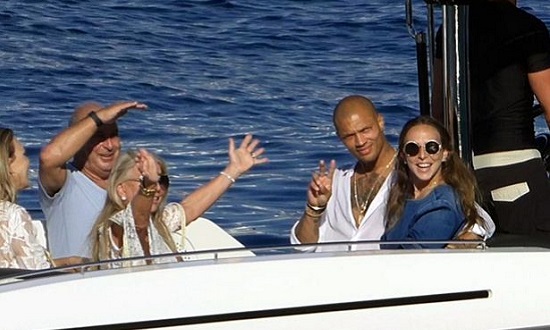