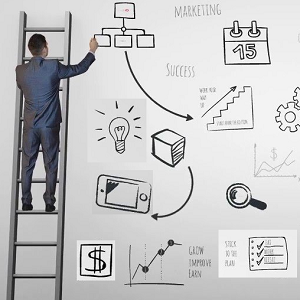 [Blind Gossip] We warned you that this was coming!

Think back to a few months ago when we talked about the baby.

Our married couple was oddly reluctant to let the public see the baby, citing concerns over safety and a desire to bond privately.

We told you that wasn’t true. Plenty of their family members have managed to keep their children safe and secure over many generations while meeting their obligations as public figures.

We told you that the couple was actually trying to keep sightings of the baby rare while they figured out how to monetize the situation… without the rest of the family finding out.

They bungled that scenario.

However, it’s now full steam ahead with The Big Plan!

What is The Big Plan?

To brand and monetize everything.

You are now seeing that plan being put into motion. And if you question what they are doing, you will be met with anger, misdirection, and insistence that their motives are pure.

We take private planes and stay in posh private digs because… Environment! Wellness!

We isolate ourselves from 99% of our family and surround ourselves with celebrities because… Family! Safety!

We are engaging our own outside lawyers and PR team because… Protection! Charity!

How dare you question our motives!

See how that works?

Our couple thinks that they are good. Those who question their motives or their nonsensical excuses or their bizarre hypocrisy are bad.

Actually, they think they can be much bigger than The Clinton Foundation.

They just have to keep you pesky commoners at bay while they spin up the machine.

All in the name of charity, of course.

Yes, you may roll your eyes.

[Optional] What will happen to this plan and this couple? 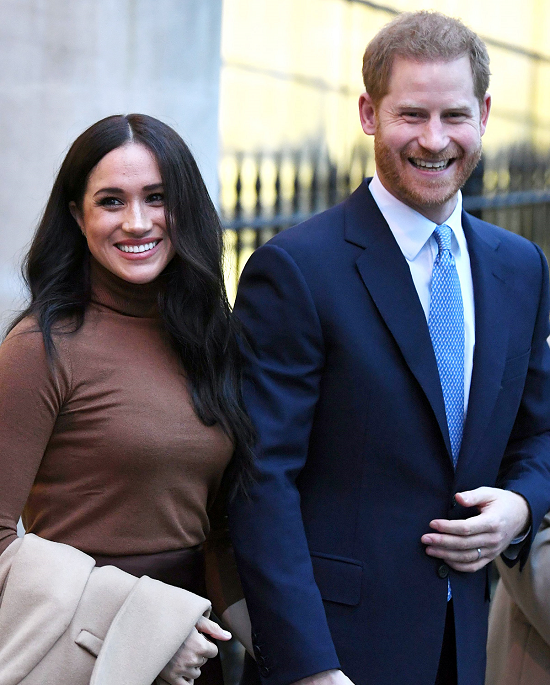 Your friends at Blind Gossip have been telling you for months that Meghan Markle had a big plan to brand and merchandise and monetize her new life as the wife of Prince Harry and the mother of baby Archie.

We also told you that she has been frustrated by the British Royal Family’s repeated attempts to quash her strategy.

However, she did manage to isolate Prince Harry from his family and convince him that her plan is the right one.

The Sussexes subsequently trademarked their brand for merchandising purposes; established a charity foundation in the United States, far from the prying eyes of the British Royal Family; and avoided England for more than two months during the holiday season while spinning up their new ventures with their lawyers and publicists. 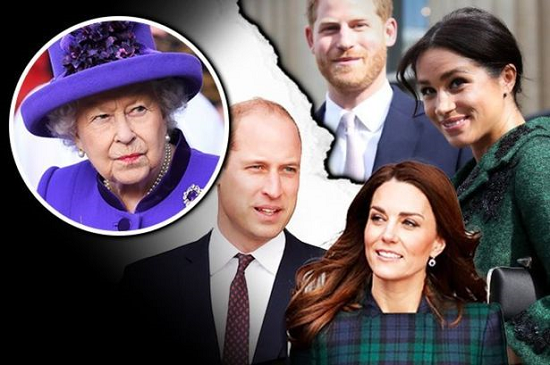 The move is unprecedented in modern royal history

Prince Harry and Meghan Markle are making a dramatic move. The royal couple announced on Wednesday that they intend to “step back as senior members of the Royal Family,” and they are making plans to split their time between the U.K. and North America.

“After many months of reflection and internal discussions, we have chosen to make a transition this year in starting to carve out a progressive new role within this institution,” the Duke and Duchess of Sussex wrote on Instagram.

“We intend to step back as ‘senior’ members of the Royal Family and work to become financially independent, while continuing to fully support Her Majesty The Queen. It is with your encouragement, particularly over the last few years, that we feel prepared to make this adjustment.

The Queen has a little side eye to dish out on this one.

That’s because this move is definitely NOT being made because Harry and Meghan are supportive of the The Queen. It is exactly the opposite. 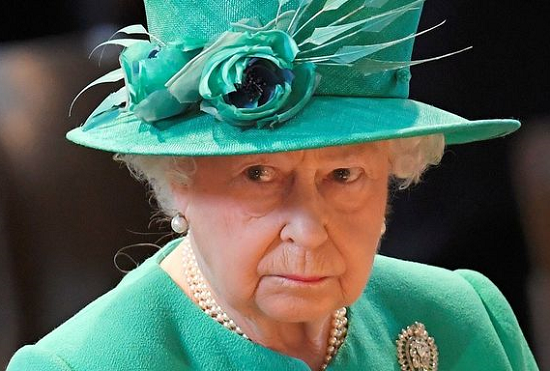 “We now plan to balance our time between the United Kingdom and North America, continuing to honour our duty to The Queen, the Commonwealth, and our patronages.

This geographic balance will enable us to raise our son with an appreciation for the royal tradition into which he was born, while also providing our family with the space to focus on the next chapter, including the launch of our new charitable entity. 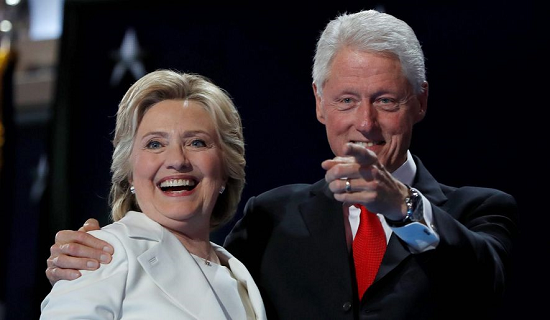 We look forward to sharing the full details of this exciting next step in due course, as we continue to collaborate with Her Majesty The Queen, The Prince of Wales, The Duke of Cambridge and all relevant parties.

Until then, please accept our deepest thanks for your continued support.”

Signing their statement, the Duke and Duchess of Sussex, the couple also posted a photo from the announcement of their engagement in November 2017.

Cha-ching! Let the merchandising and monetization and “charity” begin!

Congratulations to JipJip for being first with the correct response!

Megxit is a go!

After a meeting of all the parties at Sandringham, The Queen is letting Prince Harry and Meghan Markle go do their thing. 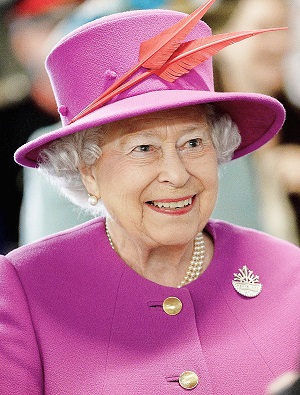 Here is the official statement from Queen Elizabeth:

Today my family had very constructive discussions on the future of my grandson and his family.

My family and I are entirely supportive of Harry and Meghan’s desire to create a new life as a young family. Although we would have preferred them to remain full-time working members of the Royal Family, we respect and understand their wish to live a more independent life as a family while remaining a valued part of my family.

Harry and Meghan have made clear that they do not want to be reliant on public funds in their new lives.

It has therefore been agreed that there will be a period of transition in which the Sussexes will spend time in Canada and the U.K.

These are complex matters for my family to resolve, and there is some more work to be done, but I have asked for final decisions to be reached in the coming days.

Just kidding. But inside, we’re sure she was doing this:

Interestingly, In The Queen’s statement, she refers to the couple by their first names Harry and Meghan, rather than the Duke and Duchess of Sussex, more than once. That is rather informal for a royal announcement.

Does that mean she plans to strip them of their royal titles?

Will Harry still be a Prince? Will he still be referred to as His Royal Highness? Will they still be the Duke and Duchess of Sussex?