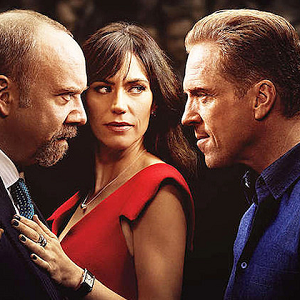 Even if you don’t know him, you definitely know his work. He is the co-creator of Billions on Showtime and is also responsible for films like Solitary Man, Rounders, and Ocean’s Thirteen.

Koppelman recently told a story – via a series of Twitter posts – about a legendary director who called him in the middle of the night when faced with an emergency situation.

By the way, Koppelman mentions a man named “Dave” in the story. Dave is likely David Levien, who is the co-creator of Billions.

1) Okay. Here’s another edition of Hollywood Gold. This is about a AAA director. One of the true legends. Deservedly so. A genius. Also, a total jerk. Trade off is worth it for his art, I think. But:

Okay. Here’s another edition of Hollywood Gold. This is about a AAA director. One of the true legends. Deservedly so. A genius. Also, a total jerk. Trade off is worth it for his art, I think.

But: Dave and I went on a research trip w this gentleman, to a warm weather city. The idea was to interview some experts in the field.

we arrive in the city, to be met by the director, at his hotel room, upon entering he says, “I’m recording.”

“recording?” Yah, he says, every word said on this trip will be taped. He will then send us a transcript by day’s end, for us to approve, before it gets filed.

this was true. Each day we got a transcript of all conversations we had all day. Quirky. But fine, I guess.

Koppelman then goes on to describe dome of The Director’s eccentricities.

but this fella also had a huge macho streak. He had a car delivered to him in this city. And it had a new kind of shifting system. Which he hasn’t mastered. So he’d rev it to the red, lurch, take off like a rocket and then say “oh, does this baby go!”

he ran us ragged on go-fast boats and sports cars and drinks and late night meetings w men who had interdicted drug dealers and all sorts of crap. Finally, it’s 3am, and I go to sleep.

I should mention he’s 25 years older than I am. So: I’m asleep, and—oh, I should also mention that he’s worth 100mm plus but never tipped anyone.

Dave and I had to run behind him tipping the people he was asking for special accommodations all weekend. ANYWAY…

I’m asleep at 3AM. And my phone rings. “Brian. It’s (director). I’m having kind of an emergent [sic] situation. Come to my room!

Holy crap, he’s having a heart attack. I throw on my jeans, race to the elevator, get to his suite. He lets me in and looks fine.

come look at this. It’s fucked up.

now I think he murdered someone and needs me to bury the body.

This is getting exciting!

“take a look at this computer. (Sneaker company) just sent me the new commercial I did. I have to send back notes. But I can’t get the damned thing on.”

“you woke me to turn on your laptop computer? So you could give edit notes on a commercial?”

“yeah. My assistant shuts off her phone. I need you to stay and type for me, too.”

again, all true. I have contemporaneous witnesses. And I will NEVER say who it is.

[Optional] Who is the greatest director of all time? Your favorite film of his/hers?