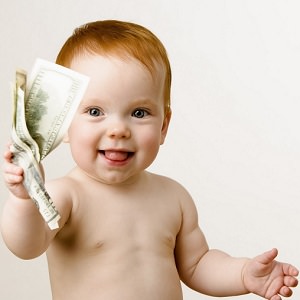 [Blind Gossip] If you were wondering why sightings of this child of two celebrity parents have been so rare, we have some insight for you!

She isn’t being coy because of concerns about child safety or because she is trying to be artsy. She is frustrated that her team has been unable to figure out how to monetize the baby. She feels like the coverage should be worth millions.

Yes, this is all about the money.

She wanted to do a sale of the first full photo (cover and exclusive). Even though they were trying to be creative about it (publicly announce $X million to charity but with another $X million quietly going to a “private” account), there were too many people involved.

Time to close that circle!

The confidentiality issue was a nightmare and people within the family were asking questions so it was deemed too risky. She is facing a lot of scrutiny. If it had leaked that she was trying to profit off those photos, she would be in a much worse position than she is now. The recent photo was her trying to deflect any speculation about that.

That baby is certainly the crown jewel of her family.

How sad that our actress is unable to monetize him/her!

Optional: Is it appropriate for her to profit off her own baby?