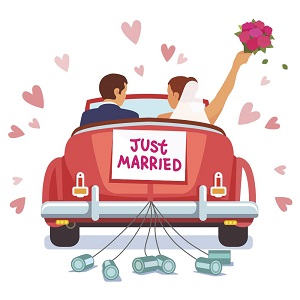 [BlindGossip.com] It was not a complete surprise to hear that this singer is getting a divorce.

The only surprise may be that it happened so quickly after they made things official!

She stopped sleeping with him soon after their wedding. After that, they were either fighting or not speaking to each other for weeks at a time. She can sing sob stories about relationships and how hard she tried with the goal of gaining public sympathy and selling music, but she is the one who withdrew after they got married. The separation just naturally happened after that.

[Optional] What do you think happened after the wedding?