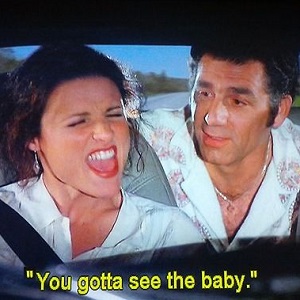 [Blind Gossip] This new mom normally loves the attention of being associated with other celebrities.

However, do not even think of trying to play her when it comes to her child!

[Actress] had her team leak that she and her husband had visited [couple] in their new home and had seen the child. Not at all true.

Actress did not see that coming! She obviously thought she could elevate herself with the lie and did not expect to be called on it.

So Actress was forced to backtrack… even though she was the one who spread the fake rumor in the first place!

Guess that friendship has cooled.

[Optional] Which one is more publicity hungry?