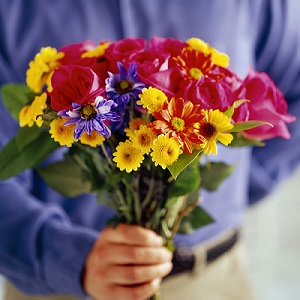 [Reddit] BG Note: This blind item was posted on a public board by someone claiming to have been involved with  famous musician. They posted their story in response to the question, “Redditors who know truly horrible people, how do they appear to the general public?” We have no way of validating the veracity of their statement.

I don’t associate with him anymore, but I was involved with a musician who basically groomed me from the time I was 18.

He was verbally, emotionally, and sexually abusive.

Almost everyone he knew, he had something bad to say about them, and he would play at friendship to reap the rewards of whatever they could offer. He’s purposefully pick fights with lesser talent just to watch the drama unfold, and would demonize people who disagreed with him or dared to call him less than perfect.

His best friend was beaten down as much as I was, and he used said best friend for free everything. I remember once trying to stick up for him and that didn’t end pretty.

However, his public persona is charming as f*ck. He’s outgoing, he’s fun, he knows how to build people up, he’s high energy. He’s built up this reputation as being this hyper-inclusive voice of the underdog and I’ve read people’s testimony crediting him with their own self improvement.

I sometimes wish I could tell his fans that he literally does not give an iota of a sh*t about them. All he cares about is their money and loyalty because he needs the ego boost, and if a single one of them stepped out of line he’d drop them like a sack of sh*t.

Sometimes, I’ll get one of his songs on a playlist or a remix or something and I seriously feel nauseous. I can’t believe he’s got away with everything he’s done.

Similar:  Daddy Took All My Money

[Optional] Did you think he was a good person?