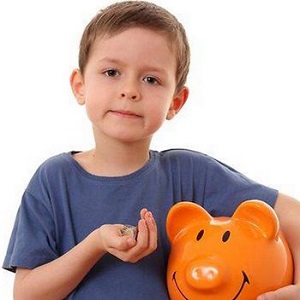 BG Note: This blind item was posted on a public board by someone claiming to be a child star. We have no way of validating the veracity of their statement. We have left the item unedited.

[Reddit] I am a minor in the entertainment industry. While certainly not a J Law or Swift, I am in the public eye. I still live with my family.

Recently (I don’t want to say how recent), I’ve found success, and am now making more money than my parents combined. This doesn’t sit well with them. They aren’t poor but also aren’t rich, I would consider us an “Upper Middle Class” family not counting my income. As time has gone on and I’ve found more success and as such made more money, they have become increasingly bitter about it. Last week my father stopped just being bitter. ​

My father created my bank accounts when I was young. He’s my parent so I never saw any reason to not trust him, until now. Five days ago my father closed my accounts and transferred all of my money to himself. I told him that was illegal but he said he’s my legal guardian and has the right to decide if I’m mature enough to handle my own money or not. He told me my recent purchase of a new three thousand dollar TV (which was for the family living room) was proof I wasn’t capable of being responsible with that amount of money, and so he was going to watch over it for me until I was of age. My mother is, if not complicit, in denial. She refuses to talk with me about it and tells me I don’t know what I’m talking about. ​

Since my father took the money, he’s been getting a lot of nice things, including a very expensive new watch, a new couch set for his space, and as of this morning a new, fairly expensive car, and I know he didn’t have enough on his own for any of those. I don’t know about the watch or car but I found a copy of the delivery slip that said “No returns or refunds” which he had signed. It was $15,000 alone.​

I know the best course of action is to get the police involved but there are two problems with that. For one, while not critical, having this known to the public would do a lot more harm. I know that may seem ridiculous but if at all possible I want to keep this from getting out there, which is why I’m on Reddit anonymously. Grasping at straws, I know. ​

The problem that’s a lot more pressing, is that anyone who could side with me won’t. We have a family lawyer who I’ve been acquainted with and have the contact information for, but they’re a family friend with my parents and I’ve never personally needed their services so I can’t see them helping me against my parents. Especially considering I now have nothing to pay them with. I do have a manager, and they were the first person I called. We met at their office four days ago and without actually saying it, they told me in painfully clear terms that if I wanted any more of a career I would accept that my father has only my best interests at heart, and would drop it. I am NOT accusing my manager of anything to be clear here, but there’s no denying they have no interest in helping me, whatever their reasons may be. ​

The only person helping me is my close friend who’s my age, but all they can do is help me think up a solution. It was their suggestion to come here though, because we have no idea what the best course of action is.​

There’s another major hitch, that being while i should have more money coming in next week, it would have been transferred straight to my bank account. Seeing as that doesn’t exist anymore I have no idea if I’ll even be able to get any of that money. I tried asking my manager about this but was given a “don’t you worry about that dear,” type of response and nothing more.

BG Notes: The child lives in California and is 16. The child could be male or female and could be an actor or singer.

[Optional]​ Your advice to the child?