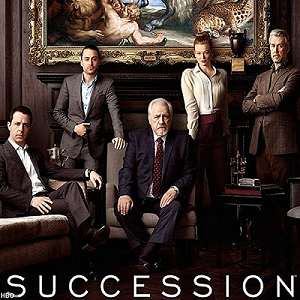 [Pop Bitch] If the writers of Succession on HBO are looking for story lines, they might want to ask around.

They will want to find out which well-endowed media heir is into sado-games.

So much so that even some of the most experienced and worldly esc*rts have had to stop taking their calls because things were all getting a bit much for them.

[Optional] Have you seen Succession? Who is your favorite character?