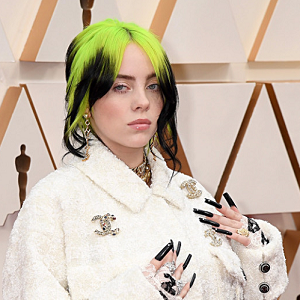 While she performed a cover The Beatles’ Yesterday, photos of some entertainers who passed in the last year flashed on the screen.

We say “some” because they left out a few people.

Like Luke Perry (Beverly Hills 90210 and Once Upon A Time… In Hollywood). 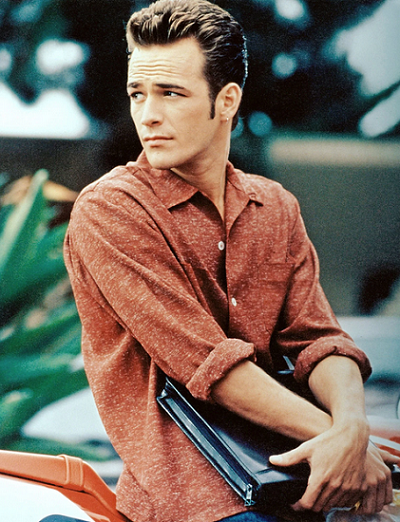 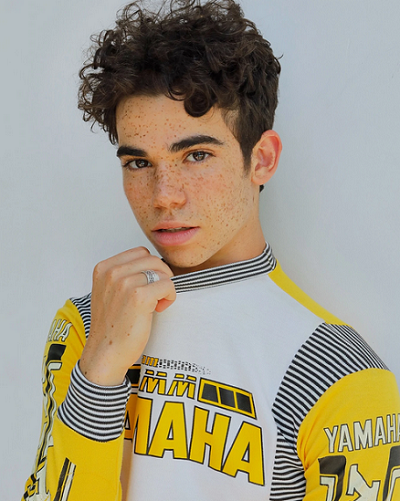 Anyway, Billie Eilish is hot right now, so the cameras were on her all night.

Even when she had some puzzling reactions to the celebrities on stage.

Here’s Eilish giving Maya Rudolph and Kristen Wiiig the stink eye when they were doing their bit on stage. 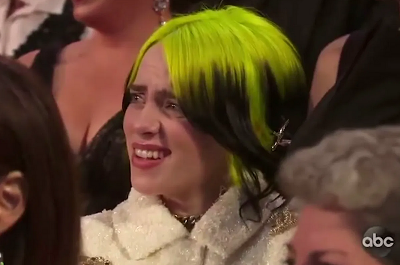 Despite that, everyone was eager to meet Eilish at the afterparties… including this famous movie actor!

He is a previous Oscar nominee/winner.

He was telling her how awesome she is and how he would love it if they could work together on something.

Eilish just turned 18 a few weeks ago. Then it got a little creepy.

He was saying, “So since you’re 18, it’s cool for me to ask you to dinner, right? What kind of food are you into?” He said here’s my number and told her to hit him up.

When he walked away, she was like, “Who the f*ck was that?”

Oh, just a famous actor who is too old for you, Girl!

In fact, he’s even older than Drake.

[Optional] What do you think of her? Should she go out with him?