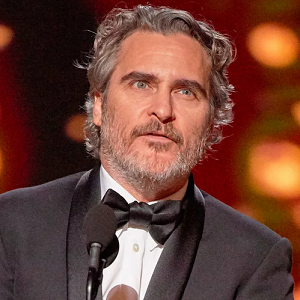 [Blind Gossip] A famous film actor just couldn’t help himself at one of the Oscars after parties.

Joaquin Phoenix was there with his family and Rooney [Mara]. A lot of people were coming up and congratulating him on his Oscar.

That makes sense. Here is a photo of Joaquin celebrating with his family, girlfriend, and friends. We note that Rooney is determined to hold on to her French fries. 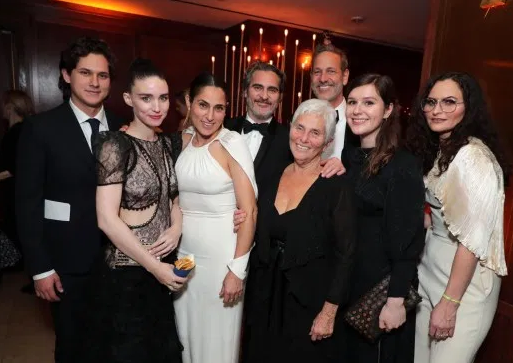 Then along came another movie star.

[Movie Star] just walked by him and said, “Mooooo.” Joaquin didn’t seem to think that was funny and just gave him a look.

Allow us to provide some context.

Joaquin Phoenix won the Academy Award for Best Actor in a Leading Role for his strong performance in Joker. At the bottom of the post is a clip of Joaquin Phoenix as Arthur Fleck in Joker dancing down some stairs in The Bronx.

In an unusual acceptance speech (see below), Phoenix made an impassioned plea for everyone and everything that might be oppressed in this world.

We will assume that Rooney Mara did not have a hamburger with her fries.

[Optional] Did Joaquin Phoenix deserve to win? What did you think of his acceptance speech?