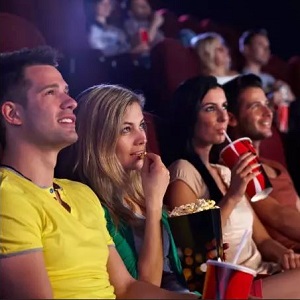 [Blind Gossip] This movie theater in a major city was recently showing a classic film.

An American actor and his publicity-hungry girlfriend were in attendance. They were probably hoping that someone would leak it to the press that they choose to spend their date nights attending socially conscious classic movies.

They were so rude and would not stop talking during the movie! Finally, one of the other patrons turned around and said, “Hey! Shut up already!’ A few other people started clapping.

The embarrassed couple was quiet for the rest of the movie. That was probably not the kind of attention our actor and actress were looking for. But give that patron an Oscar for Boldest Performance In A Cinema!

Similar: Three People At The Airport

[Optional] Movie attendance is at a twenty year low. Why don’t you go to the movies more?