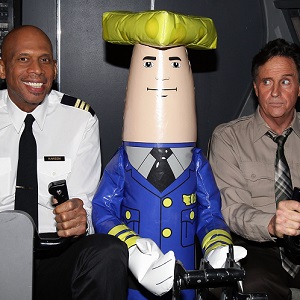 [Blind Gossip] This under-40, award-winning actor was traveling with his actress girlfriend. You know, the one who thinks that she is a big star, too.

While she seems to be more into the fame aspect of the “relationship” than he is, he is definitely playing along. It benefits him, too, so he knows he has to do his part to act like they are a couple.

Anyway, a fan suddenly spotted our actor – who has a very distinctive look – at the airport.

She ran up to the couple and excitedly asked for a photo.

The fan then proceeded to hand the phone to the girlfriend… and asked her to take the photo.

So, what did the girlfriend do?

She said, “I’m NOT his assistant!”, refused to take the phone, and stormed off!

What a lovely, gracious person! Maybe next time she should take a bicycle instead of a plane.

The fan took a selfie with the actor instead.

Similar: His Little Side Trip

[Optional] If you were the girlfriend, what would you have done?