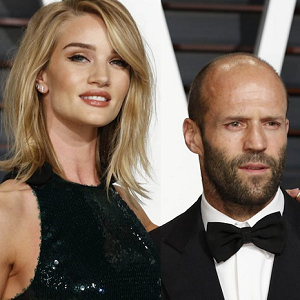 [Blind Gossip] They are having a little problem over on the set of a project that is currently in production.

It has to do with continuity.

Continuity in film making means making sure that from one shot to the next, or from one scene to the next, all physical aspects of the set and the actors remain consistent.

For example, if an actress’ hair is one length or color or style in a scene, it has to stay the same throughout the entire scene, even if pieces of that scene are filmed over the course of multiple days or even months. If her hair changes, and people notice, it distracts the audience.

In the case of this project, the continuity problem has to do with height.

Don’t believe the heights they list online. In real life, [Actress] is slightly taller than [Actor]. He’s super short. When it comes to their characters, though, he is supposed to be a few inches taller than her. Three inches is what we settled on.

Is Actor sensitive about his height?

Strangely enough, no! He’s fine with it, unlike some other actors I’ve worked with.

For example, [Superstar Actor] is super sensitive about his height. He wears huge lifts and will become furious if he doesn’t look a consistent height from scene to scene (which sometimes happens because of the filming angle). He’ll even wear the lifts at premieres to keep the illusion going!

So, what’s the problem with the Actor in this film?

Wardrobe has special shoes and lifts for him for filming, but there are a lot of photos leaking of rehearsal scenes or casual shots on and off the set.

What do those photos show?

Does it really matter?

You need suspension of disbelief for people to get into the characters and the plot. You need consistency in every image that is released. Right now it’s an uncontrolled mess because a lot of the images being released are not approved.

So it sounds like they need to tighten up a combination of wardrobe, security, and marketing.

If you have an eye for detail, see if you can spot the height differences in the images being released.

Then let’s hope the final product gets the continuity they are striving for!

[Optional] Have you ever spotted a continuity error in a movie? What movie/what scene?