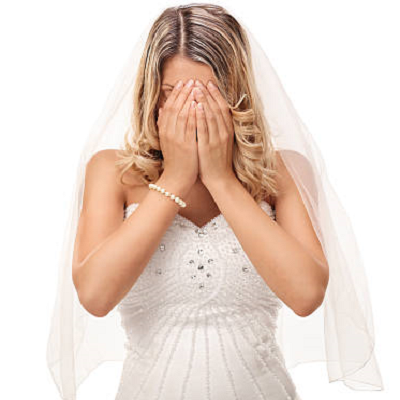 [Blind Gossip] If you have been wondering about the weird machinations of this famous couple and the real status of their relationship, we have a little insight for you!

The most important thing to note here is that their troubles didn’t just start recently. This has been going on since before they were even married.

She did not want to marry him in the first place.

To be more precise, she did want to marry him when he initially proposed.

After they were engaged, however, she discovered some very unsavory details about who he really was. She was mortified and wanted to back out of the wedding.

However, everyone around her pressured her to go through with the wedding to avoid a huge scandal.

In case it is not obvious, he is the more prominent, wealthy and powerful one in this relationship.

She bowed to the pressure and proceeded with the lavish foreign wedding. They have been married ever since.

She is playing a role. Everyone close to her knows it. She is unhappy and has been avoiding him for the past year while she counts down to the end.

The end of what?

They have a marriage contract tied to [a key anniversary]. She has legal representation. He (and his family) are now trying to incentivize her to stay. They are negotiating.

It is not clear if those incentives are carrots or sticks.

The overall impression we have of our couple is that she really despises him but loves her children. She knows how complicated a divorce will be and is concerned about how it might negatively impact the children. Hopefully she will find the strength to do what is best. In the meantime, she has her ways of letting him know that she will not be ruled by him.

He told her a long time ago that he preferred her hair long… so she cut it short as an act of defiance.

It will be interesting to see if she renews the the contract!

[Optional] If she was your friend, what would you advise her to do?