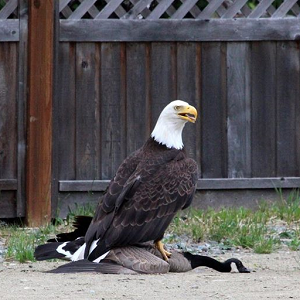 [Blind Gossip] We have a little lesson for you today in nature and the art of survival!

A few years ago, a Canadian photographer named Lisa Bell captured a remarkable series of photos of an American Bald Eagle and a Canadian Goose.

While not natural enemies, the eagle felt compelled to attack the goose.

After a brief fight, the eagle prevailed and stood victoriously on the back of the prone goose.

When the eagle flew away, though, something really interesting happened. The goose also got up and flew away!

The goose had basically feigned defeat in order to live.

That little story reminds us of two famous women who have been close friends for years.

Eagle, an American, has done a bit of TV, but she became much more famous when she married into a famous family.

Goose, a Canadian, has also done a bit of TV, and she also became much more famous when she married into a famous family.

Eagle has been experiencing a lot of drama over the past couple of years, mostly of her own making.

Through all the criticism and public scrutiny, Goose stayed by her side. What a loyal friend! The additional publicity it brought Goose and her business didn’t hurt either.

Did Eagle stand by her friend, defend her against media attacks, and display the kind of fierce loyalty that bind close friends together?

She basically attacked Goose… and then stood on her back in a fit of moral superiority!

Eagle did this to ensure her own survival.

Nature is a cruel mistress.

However, we are going to tell you not to take all of this posturing too seriously.

First of all, Eagle has a legal battle to fight… and Goose is supposed to be a key ally in that fight.

Second of all, Eagle doesn’t have that many real friends. Sure, there are lots of peripheral people. However, those ranks are rather thin and those friendships are rather shallow. Real friends are hard to find.

The public reports that [Eagle] has cut off [Goose] are completely and totally false. They still talk and text every day, as they have for years.

So when you hear that Eagle has been distancing herself from Goose for a while – and that Eagle will no longer associate herself with Goose – take it all with a grain of salt.

It’s just Eagle’s team at work, trying to ensure her survival by pretending that she is superior to Goose.

Goose will simply have to accept her inferior position and prostrate herself on the ground for a while.

Similar: Her Circle Of Friends May Not Hold

[Optional] Did Eagle do the right thing? Please use real names and keep your comments civil. 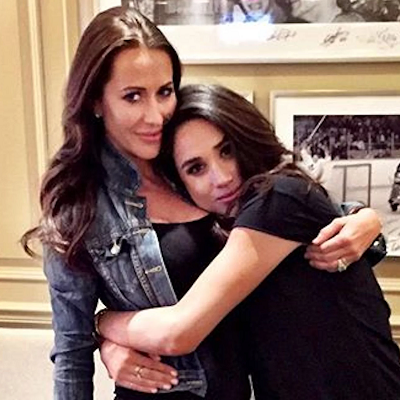 Did you believe the months of public reports that Meghan Markle had ghosted her BFF, Jessica Mulroney?

Your friends at Blind Gossip told you that wasn’t true… and Jessica Mulroney herself is now backing us up!

Let’s go back to the beginning.

Meghan Markle has been best friends with Canadian stylist Jessica Mulroney for many years.

Jessica and Ben Mulroney have three beautiful children together. 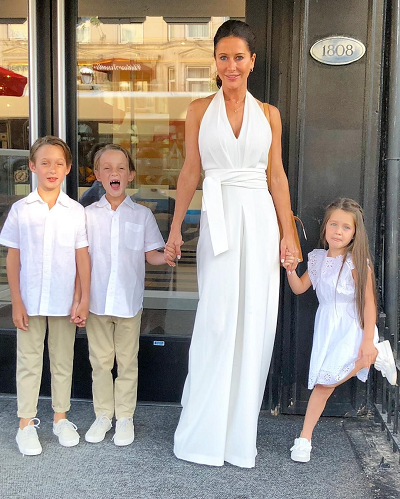 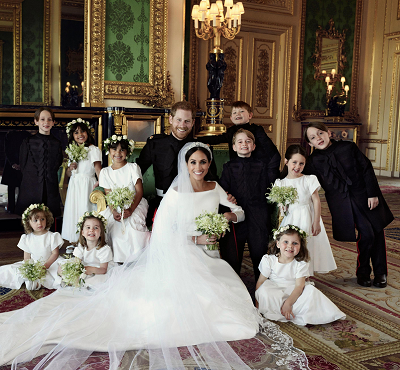 Hey, check out that boy on the far right. Is that Maculey Culkin from Home Alone?

No, it’s one of Jessica Mulroney’s kids.

Anyway, it’s a sweet photo that harkens back to a time when Markle and Mulroney were Best Friends Forever!

Well… that is until Mulroney did something that Markle felt reflected poorly on her.

Remember back in June 2020 when Jessica Mulroney was involved in a “racist” encounter with a social media user?

From The New Zealand Herald:

Meghan Markle is reportedly “absolutely mortified” by her best friend Jessica Mulroney’s racism scandal and is now cutting ties with her.

The Duchess of Sussex reacted with shock after hearing of the Canadian stylist’s “tone-deaf” threats to sue black lifestyle blogger Sasha Exeter over an argument about white privilege, and has decided she can “no longer be associated with her”.

“Meghan is absolutely mortified that she’s been dragged into this complete mess. She said Jessica is in no way a racist, but the way she handled the situation was tone-deaf and heartbreaking,”

Markle initially said that she didn’t believe that her friend was a racist.

However, a tidal wave of condemnation forced Markle to back off from publicly supporting Mulroney.

So Markle changed the narrative. 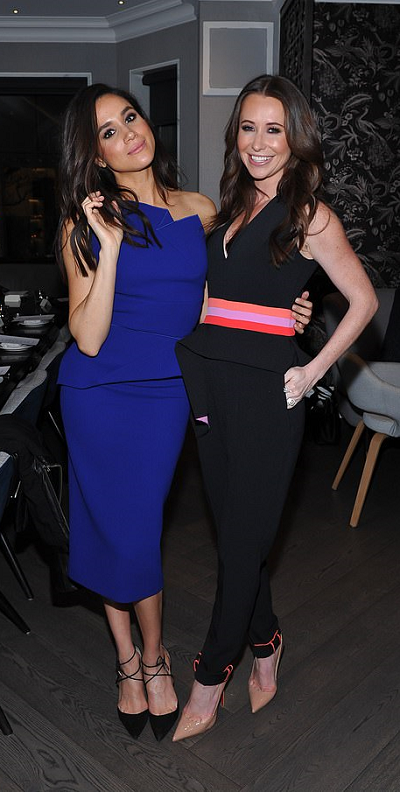 Vanished From Their Lives

Meghan Markle dumped Jessica Mulroney after she became embroiled in a Black Lives Matter scandal — but she has also abandoned her long-time best friend’s twins who were once like her own, OK! has exclusively learned.

Insiders have told OK! that Markle, 39, is no longer in touch with anyone in the Mulroney household, including Mulroney’s 10-year-old twin boys.

[Mulroney] is distraught that Markle is no longer close with her kids. “Jessica helped Meghan plan her wedding, plan her baby shower, she even babysit for little Archie when he was in Canada, and now Meghan doesn’t even send a birthday card to her kids, is just wrong,” the source explained.

Meghan Markle felt compelled to save her own skin. After all, it would be the height of hypocrisy for Woke Markle to be friends with a racist! So her PR team repeatedly told reporters that the two women were no longer friends.

However, your friends at Blind Gossip told you that was a lie!

The public reports that [Eagle] has cut off [Goose] are completely and totally false. They still talk and text every day, as they have for years.

It would take five long months before the truth came out, but it’s here now.

And it comes with a sobering revelation.

“Jess couldn’t talk without crying. She didn’t feel like herself on the meds and she didn’t want to talk to anyone. She could barely respond to a text message.”

“… the anxiety turned into severe depression and su*cidal thoughts.”

Her husband, Ben, who quit his job as a TV presenter, told a pal: “I would wake up and Jess wouldn’t be in bed, and my mind would go to the worst.”

Asked if Markle had been in touch, Mulroney replied: “She constantly Facetimes and checks up on me.”

Just as we told you, Markle didn’t actually ghost Mulroney. The women have actually been in constant contact!

Now, Mulroney is tapering her meds, friends said, and focusing on charity work.

“I know I have a charmed life,” Mulroney said. “I have to learn from all of this — but I am not racist. I just want to try to move on from this.”

Perhaps the women can even be public friends again someday. 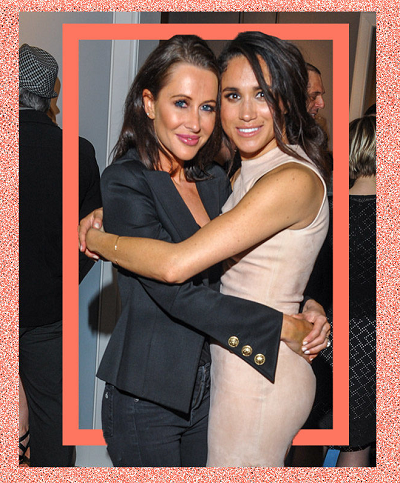 Mulroney has loyally stood by Markle every time someone has publicly criticized Markle.

And you just know that Mulroney is one of the key friends supporting Markle in Markle’s current lawsuit involving Markle’s letter to her father.

So you have to wonder if much of Mulroney’s stress during the past few months comes from Markle’s public shunning of Mulroney as a friend.

Meghan Markle is one of the most famous women in the world. Even if she was supportive of Mulroney in private, Markle’s public condemnation and distancing from Mulroney had to have been severely painful for Mulroney.

You can decide for yourself if what Markle did was right.

The Eagle/Goose story was more than just a fable echoing the Markle/Mulroney friendship. It also provided you with a significant clue!

In 1782, the Founding Fathers of The United States of America chose the bald eagle as our national emblem. 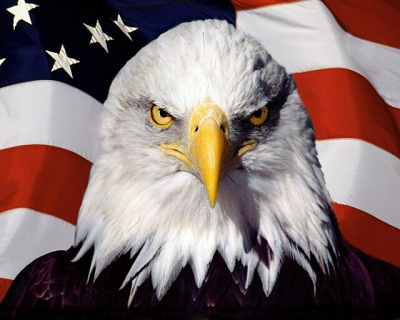 The Canada goose, while not the official bird of Canada, has long been a part of Canada’s national identity. 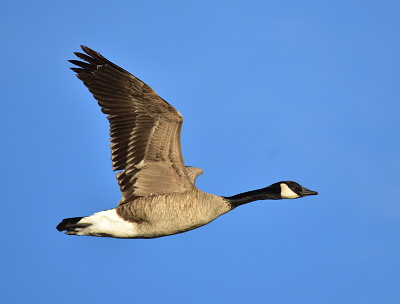 Congratulations to Badgerette85  for being first with the correct response!