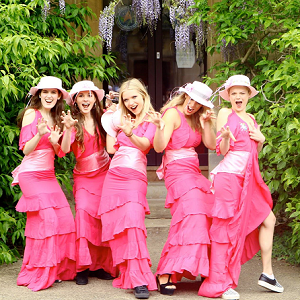 [Blind Gossip] This actress is swearing that she had nothing to do with some of her friends going to the press to spin her story.

No one, and I mean NO ONE, who is close to her goes to the press without 1. her explicit permission and 2. her explicit instructions.

Some friends  – including some celebrities who suddenly became her friend right after she she got together with that unemployed rich man – simply stopped talking about her.

However, others were eager to prove their loyalty.

To claim that multiple friends went independently to the press to tell the exact same story, and that she had no idea or involvement in their actions  and that every person acted independently, is patently false and ridiculous.

Allegedly, there were multiple discussions to make sure their messaging was consistent.

Keep in mind that this situation was not a matter of life and death. This was a dumb exercise in vanity and power. Given that, will all of her friends be willing to go to the legal mattresses for her?

Some of them, yes, because they want to stay in her good graces. There is one, though, who is very scared. She doesn’t want to be cut out of the circle of friends, but she also doesn’t want to hurt her own reputation or face charges by lying in a deposition or on the stand.

This is definitely not working out the way actress thought it would.

[Optional] Is Actress going to win or lose this legal battle? What advice would you give her?

Previous Post: « Big Payday For Fake Babysitter And Fake Injury
Next Post: He Can’t Bear Not Seeing His Child »