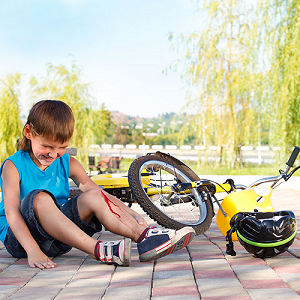 [Blind Gossip] BG Note: This blind item was posted on a public board by someone claiming to be the ex of a celebrity. We have no way of validating the veracity of their statement. We have left the item unedited.

This story comes from a section on Reddit titled “AmIThe Assh*le,” where people present a story about personal conflict and ask the public to evaluate their behavior.

AITA [Am I A Total Assh*le] for denying my ex from having our kids on a reality TV show?

My ex is a B-list reality TV personality. Obviously there is no respectable middle-aged woman who does reality TV. But I cut her slack because it’s all fake and she is playing a character that people believe is real.

I never had an issue, but over the last few years, she’s been more outrageous. Showing more skin, more drama, fake fights, etc. That’s what she has to do to stay relevant.

Our sons are 9 and 12 and are becoming more aware and ashamed of her even though it’s a “character.” She was offered a lot of money to do a show about her and her personal life. This includes having our kids on camera. It would be all fake with scripts and prompting.

My kids have mixed feelings between faking scenes but being paid. I asked my ex what scenes they thought about doing and it was stupid shit like my youngest fake falling off his bike and she rushes over to comfort him to my 12yo checking out his “babysitter” who is actually an actress.

I told her I was not comfortable with that and I would not sign a release to let them appear on the shoe [sic]. That means she doesn’t get a show. That means no seven figure payday. She is livid at me and has very crying all day.

EDIT: That “shoot” involved my ex needing a sitter so she could go to a (fake) party with her (actress) friend. My 12yo has a fit because he’s too old for a sitter. They bring in a few candidates (actresses) and he hates everyone of them until the last one – happens to be an IG “model” who sidegigs as a sitter.

They would film my son asking questions at the camera like “do you do storytime?” and “do you have a boyfriend?” and then prompt him to do stuff like “move his eyebrows up and down” on another take.

Then film the back of his head facing her for another.

Then film her responses and prompt her on a different take.

They edit it all to make it look like my son is actually asking her those questions and trying to flirt with her.

The shoot with my 9yo falling off his bike is suppose to make my ex look like supermom.

One take is him doing various tricks on his bike.

The next take is his mom telling him to be careful.

The next take is his riding his bike around the corner.

The next take his on the ground fake crying, fake blood on his head, etc. saying he fell off his bike and landed on his head.

Then a shot of them walking to an urgent care.

And then finally his walking out with a bandage on his head. Then he tells the camera how much he loves his mom and how she takes such good care of him.

[Optional] If someone offered your family $1M+ to fake your lives for a reality show, would you do it?

Previous Post: « He Has A Curious Good Luck Charm
Next Post: Her Circle Of Friends May Not Hold »