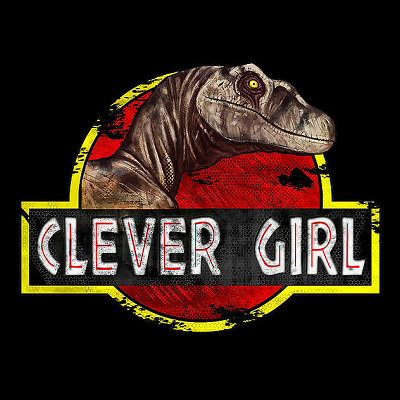 [Blind Gossip] This actress is a Velociraptor.

Her famous husband doesn’t even realize it.

If you have seen the movie Jurassic Park, you may recall the species of dinosaur called Velociraptor.

In the opening scene of the movie, his team is tasked with transferring a female Raptor from her cage into the Raptor pen. The gatekeeper opens the gate. Instead of simply exiting the cage, the Raptor jostles the cage, causing the gatekeeper to fall directly in her path.

Muldoon tries to pull the worker out of the jaws of the Raptor. He yells, “Shoooot her!” to the other workers.

Too late. The gatekeeper is lunch.

Later in the movie, Raptor escapes her pen during a power outage. Muldoon goes out to hunt her down. 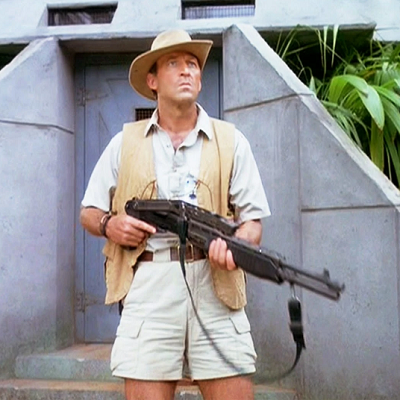 He spots a dinosaur in the distance. As he aims to shoot, the Raptor he has been hunting suddenly appears on his left.

Shocked and surprised by the fact that she has out-strategized and outflanked him, he utters the words, “Clever girl…”

… and then she eats him for lunch.

What makes Velocirapotor so impressive and fearsome is not her size. It is the way that she plans her attack. She strategizes. She misdirects. She plays the long game.

There is an Actress who is a Velociraptor. She is not very big and does not look especially fearsome. But she is strategizing and misdirecting and playing a vicious long game.

She has somehow convinced her husband – who is part of a very famous family – that talking about his personal problems and criticizing his family in public is healthy for him and helpful to others.

Under the guise of caring about him, she has already gotten him to admit things in public that were kept quiet by his family for decades.

This reminds us of a couple of stories we have told you in the past.

There’s the one about a famous son who participated in an particularly problematic binge involving drugs and alcohol. His family allegedly pulled him home and dispatched an entire team to go door to door in a large city to gather any evidence that he had engaged in illegal activity. Then his family made him go through rehab.

Then there’s the one about the famous son who allegedly expressed his anger issues by beating up s*x workers. Those incidents were handled in a way to ensure that the son was not criminally charged and that everyone kept quiet.

So while having a troubled family member usually means solving the problem as quietly as possible, Actress did exactly the opposite. She encouraged her husband to talk about his problems in public. Was this to help him?

No. It was to help her. She set him up for the kill and he went along because he isn’t very bright.

He just admitted to three serious issues (alcohol abuse, drug addiction, and anger issues) in a public forum AND admitted that all of these issues have occurred in the past few years. That was really dumb.

She can now plausibly claim that he still has these problems and that he has engaged in these same behaviors around her (and the children?).

All it takes is documentation. Diary entries, emails and texts to friends, photos of a hole punched in a wall or a bruised arm, a copy of a letter she gave to him begging him to stop.

That’s not all. She could use his confessions to hurt his family, too.

He has told her how his family bailed him out of bad situations in the past. If she publicly disclosed exactly what he did and what they did, it would mean scandal and legal problems for both him and his family.

She successfully set him up and he fell for it. She even got him to testify against himself in public. He doesn’t even realize what he’s done.

She can keep him in the marriage forever or force a huge settlement from both him and his family whenever she is ready to go.

He thinks that the Velociraptor is his loving partner.

He is actually her lunch.

Similar: Jerkiness And Your First Priority

Always use real names and keep your comments civil.

Previous Post: « Why He Was Dropped By His Agent
Next Post: Do Not Look At This Pizza »