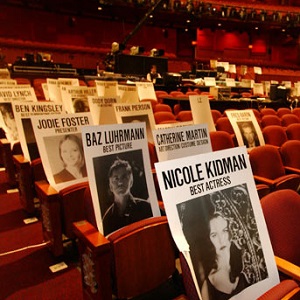 [Blind Gossip] These costars in one of the films nominated for Best Picture have requested that they NOT be seated next to each other at the Academy Awards.

There is a lot of tension and they are not getting along right now, so they are going to try to seat them a row apart or many seats away down the same row instead of close to each other in the same row.

That is not an unheard of arrangement for actors in the same movie, but since they seemed to get along just fine during filming, we do wonder what is causing the rift.

[Optional] What are they fighting about?