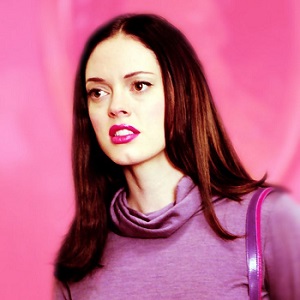 [Independent UK] Rose McGowan revealed details about an alleged mol*station that happened to her at the age of 15 at the hands of a ‘very famous director’ while promoting her new memoir Brave and docuseries Citizen Rose.

The actress and activist gave details about the alleged incident during a live interview with journalist Ronan Farrow at the 92Y in New York City last night – something she had initially mentioned to Farrow when he spoke to her for his New Yorker pieces.

While she wouldn’t name the “prominent” director, she did say he has “won Oscars” and “worked for my r*pist [Weinstein].”

“This man picked me up when I was 15 years old,” McGowan detailed. “He took me home after he met me and he showed me a soft p*rn movie he had made for Showtime, under a different name. And then he had sex with me.”

After the alleged sexual abuse, she explained she was left in Silver Lake “standing on a street corner.”

It’s something she didn’t realise until recently.

“In my mind, playing it back, I had been attracted to him, so I always filed it away as a sexual experience,” she explained.

Then she deferred to Farrow saying,  “I don’t have a normal trajectory, I don’t know if you do either.”

Farrow replied, “I do not.”

Farrow helped McGowan come to the conclusion that her experience with this director wasn’t right.

“It was not until two weeks after your story broke — our story, our world’s story — that I was in bed and I started saying, ‘Oh my god. I think that’s mol*station,'” she explained.

In an off-the-record conversation with the son of Woody Allen, McGowan did reveal the director’s name, however Farrow will let McGowan reveal his name when she’s comfortable.

While McGowan describes her encounter with the director as “mol*station,” it could likely be considered r*pe because of her age and the circumstances.

McGowan accused Harvey Weinstein of r*ping her in 1997.

[Optional] Assuming that the Director was an adult, what term would you use to describe their encounter? 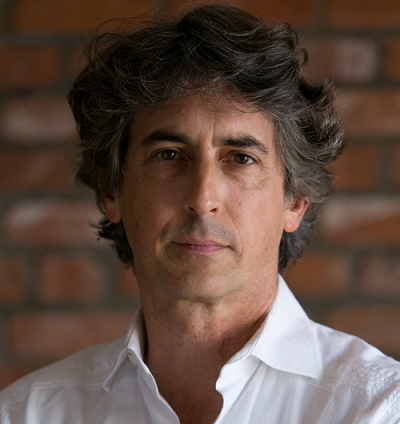 Rose McGowan has revealed that the Director who assaulted her when she was 15 is Academy Award-winning Director Alexander Payne. 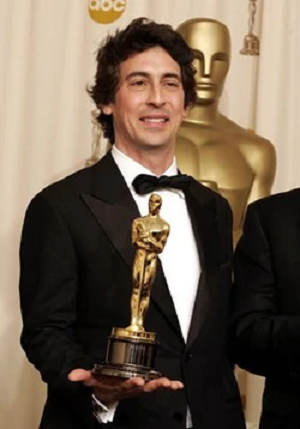 McGowan is now retelling her story with the same details she provided to Ronan Farrow in 2018.

Rose McGowan accused “Sideways” and “The Descendants” director Alexander Payne of sexual misconduct in a series of statements posted to her Twitter account early Monday.

“Alexander Payne. You sat me down & played a soft-core p*rn movie you directed for Showtime under a different name. I still remember your apartment in Silverlake. You are very well-endowed,” McGowan wrote.

That last point is an odd detail to provide. We are guessing that McGowan has a good reason for mentioning it.

“You left me on a street corner afterwards. I was 15,” she added.

McGowan followed up that post with another tweet saying “I just want an acknowledgment and an apology. I do not want to destroy. This was me at 15.”

Payne, who is 59, would have been around 27 years old at the time of McGowan’s accusation.

Here is Alexander Payne directing Reese Witherspoon on the set of Election. Reese was 22 at the time. 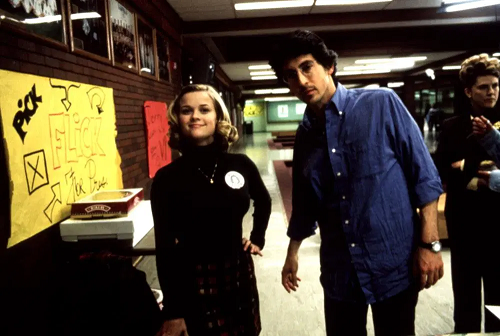 Here is Alexander Payne with George Clooney and Shailene Woodley. Payne directed them in The Descendants. 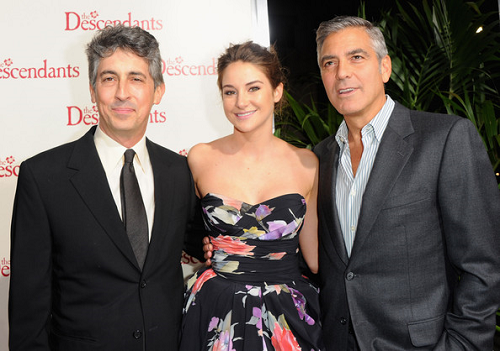 And here is Alexander Payne with some of the cast of Downsizing, including Matt Damon. 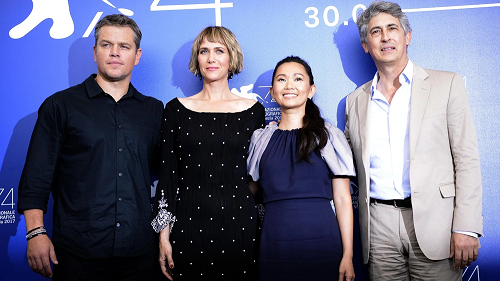 Alexander Payne is divorced from actress Sandra Oh, whom he directed in Sideways. They were married from 2003-2006. 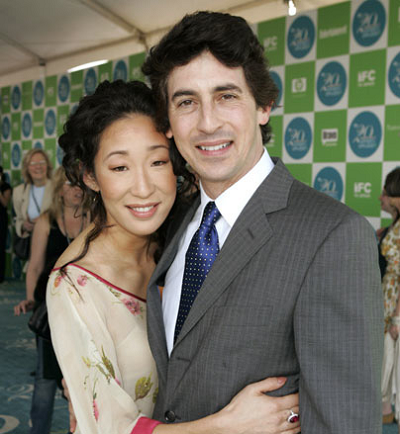 Alexander Payne has been nominated for seven Oscars and has won two.

Just a reminder that Rose McGowan was only 15 years old when she was assaulted by Payne.

I just want an acknowledgement and an apology. I do not want to destroy. This was me at 15. pic.twitter.com/XeNpsrpY4s

George Clooney has a young daughter and a wife who is a human rights lawyer.

Matt Damon is married and has three young daughters. 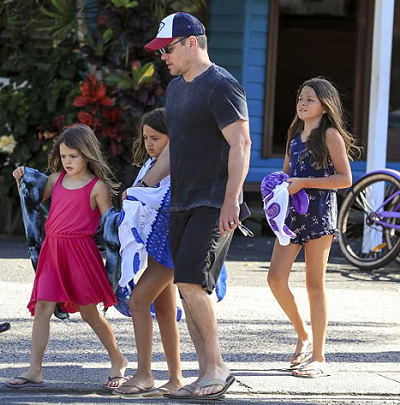 Both Clooney and Damon were slow to react to the Harvey Weinstein accusations and claimed they had no idea that Harvey was a predator. They have since said that they support the actresses who were his victims.

Shailene Woodley is a young female actor who was nominated for an Emmy for playing a sexual assault survivor for two seasons on the HBO drama series Big Little Lies. 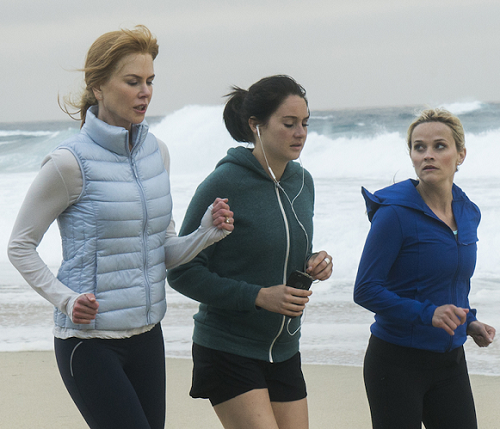 Sandra Oh is a prominent female actor and has said that she is an “absolute ally” of the Time’s Up movement.

All of these actors know Alexander Payne very well.

It will be interesting to see if they speak up in support of fellow actor Rose McGowan.

On Tuesday, Rose McGowan added some more context to her experience via a lengthy post on Instagram.

Last night I dropped a bomb of truth. For years I had thought a man I had sexual relations with was a a sexual experience I had. I now know I was groomed. I auditioned for him at 15. After my experience with him, I quit acting entirely until I was ‘discovered’ at 21. When that happened, I was like, f*ck it, let’s do this. I even tweeted a congratulations on his Oscar win in 2012, that’s how deep in the Cult of Hollywood I was.

It wasn’t until three weeks after the Weinstein story broke that I re-evaluated the situation. I feel badly about throwing a bomb into someone’s life and career, but I guess that’s social conditioning. I’m more sad than angry. Sad for 15 year-old me. Sad for the adult me that still thought it was a choice I made. Grooming is real.

I want you all to know that it’s not your fault if you were mentally massaged into thinking it’s okay. It is not. I know this now. I would even go up to this director at events and ask him, with a smile, “remember when you had sex with me at 15?” And I would laugh it off. That is deep societal programming. If you are out there trying to have sex with an underage minor, you are committing a crime, even if the minor doesn’t know it. I was attracted to him, so I thought it was on me, but that’s not correct. I was not an adult. When it happened, I’d recently been left behind in Hollywood by a family member to fend for myself. The wolves preyed.

Please recognize that if this has happened to you, the shame is not yours, it’s theirs. Give it back. Groomers are skilled operators and at 15, I was not aware of the warning signs. I named him on Twitter, but since Instagram is my softer side, I just don’t want his name here. Goddess bless us all, except for those that abuse their power. Here’s to freedom, yours and mine.

Related: Who Assaulted Rose McGowan
Previous Post: « Ice Princess Got Frozen Out
Next Post: A Mountain Out Of A Molehill Of Beans »