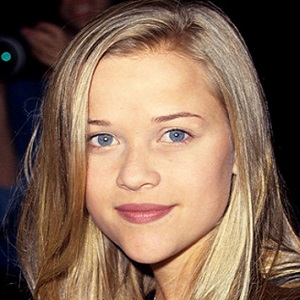 [Blind Gossip] Actress Reese Witherspoon revealed that she was sexually assaulted by a director when she was only 16 years old.

Witherspoon detailed her story as a speaker at Elle’s Women in Hollywood event. Prior to honoring actress Laura Dern – her costar in Big Little Lies – Witherspoon talked about the impact the assault had on her.

I didn’t sleep at all last night. This is going to be a real emotional roller coaster because, before we get started honoring one of my very favorite people in the whole world, I just want to say, this has been a really hard week for women in Hollywood, for women all over the world, for men in a lot of situations and a lot of industries that are forced to remember and relive a lot of ugly truths.

I have my own experiences that have come back to me very vividly, and I found it really hard to sleep, hard to think, hard to communicate. A lot of the feelings I’ve been having about anxiety, about being honest, the guilt for not speaking up earlier or taking action. True disgust at the director who assaulted me when I was 16 years old and anger that I felt at the agents and the producers who made me feel that silence was a condition of my employment.

And I wish I could tell you that that was an isolated incident in my career, but sadly, it wasn’t. I’ve had multiple experiences of harassment and sexual assault, and I don’t speak about them very often, but after hearing all the stories these past few days and hearing these brave women speak up tonight, the things that we’re kind of told to sweep under the rug and not talk about, it’s made me want to speak up and speak up loudly because I felt less alone this week than I’ve ever felt in my entire career.

And I’ve just spoken to so many actresses and writers, and particularly women who’ve had similar experiences, and many of them have bravely gone public with their stories. And that truth is very encouraging to me and to everyone out there in the world because you can only heal by telling the truth. Very smart, wise women have told me that in the past three days, and I feel very encouraged by this group of people tonight who have created a community of people who are champions now of a new attitude toward harassment in our industry and every industry that’s going to address the abuse of power in this business and every business and I feel really, really encouraged that there will be a new normal.

For the young women sitting in this room, life is going to be different for you because we have you, we have your back. And that makes me feel better because, gosh, it’s about time. I just also want to say as a course of action because sometimes people, they talk about things but I was really thinking last night, what can we do, what can do we do?

And I just want to say, there’s a lot of people here who negotiate quite frequently with different companies and heads of companies, and I think maybe during your next negotiation, this is a really prudent time to ask important questions like: Who are your top female executives? Do those women have green-light power? How many women are on the board of your company? How many women are in a key position of decision-making at your company? Asking questions like that, I found, it seems so obvious, but people don’t ask those questions.

If we can raise consciousness and really help create change, that’s what’s going to change this industry and change society. So I’m so sad that I have to talk about these issues, but it would be, I would be remiss not to.

[Optional] What percentage of women in Hollywood do you think have been sexually harassed or assaulted at work?