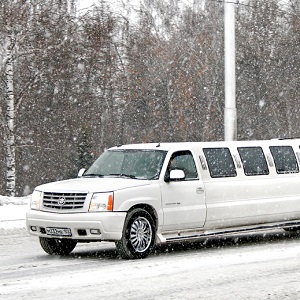 There were several people riding in a limousine to a film event. The producer and the director were talking. An assistant interrupted them with an urgent business matter.

The producer was so irate about the interruption that he instructed the limo driver to pull over, and then kicked the assistant out of the car.

They were on a road in the middle of nowhere. In a snowstorm. Sub-zero temperatures.

One woman protested, “But he’ll freeze to death!”

The producer shrugged and responded, “I’m sure somebody will come along and pick him up,” and ordered the limo driver to keep going.

The director, who has worked with the producer many times, did nothing.

Perhaps the director just needed some time to process his own feelings about the situation? After all, that seems to be his excuse for pretending to be on another planet and not noticing or intervening when the producer would terrorize employees.

[Optional] Why do you think the director allowed this to happen? 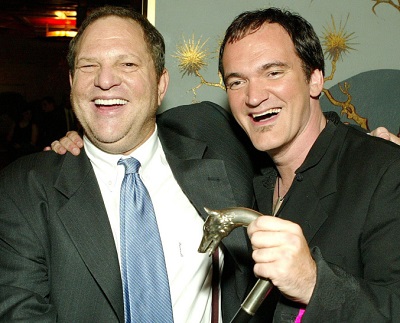 Harvey Weinstein and Quentin Tarantino have been best buddies for a long time. They’ve worked together on multiple films, including Pulp Fiction, Inglourious Basterds, and Django Unchained.

Our blind item story occurred in a limousine in Utah in approximately 2013. The story comes from an actress who was actually in the car with the two men and was appalled by their behavior.

While Harvey Weinstein is already known to be a despicable character, it is interesting that Quentin Tarantino never stood up to him.

After the entire #MeToo ball got rolling, Tarantino finally did admit that “he had known for decades about Weinstein’s alleged misconduct toward women.”

Yet Tarantino did nothing.

Quentin Tarantino has a young bride and a baby on the way. We hope he will treat them with more dignity than he did the assistant… as well as the many, many women abused by Weinstein. 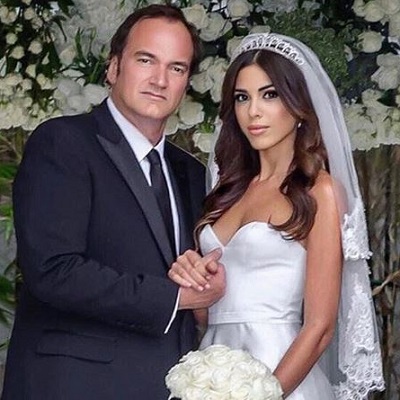 Tarantino directed a film called Planet Terror, so we included the words “planet” and “terrorize” as clues.

Congratulations to Lovefifteen for being first with the correct response!