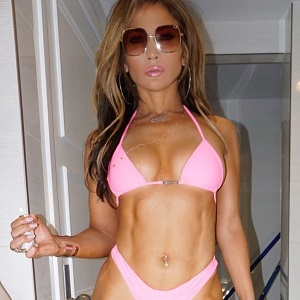 “My clients were mostly VIP clients at Scores and Hustler . . . My job was to provide the fun parts, such as the girls and setting the vibe . . . I would arrange for the hottest girls to come to parties. These girls made top dollar and had to have perfect bodies with beautiful faces to match. Then came the ‘fluffers’. These were the lower tier of girls who would do the ‘dirty work.’

“There was one night at Hustler where a well-known R&B singer who had a volatile reputation was partying all night in a private room. He wanted to continue the party in his hotel room, so he requested the host to invite all of us to come over. He said he would pay each girl an extra $8K.

“When we arrived at his five-star hotel suite, his security promptly took all of our phones and made us sign nondisclosure forms. They wanted to make sure that none of the wild partying, which included a lot of drugs, would be leaked to the media.

“He was so paranoid that there was no sex involved. Even the fluffers did not need to do anything. All he wanted to do was dance with the girls and do mounds of c*caine with all the n*ked bodies surrounding him. After an hour and a half . . . he started acting beyond strange, and kept looking out the windows and under the doors constantly from the paranoia of all the drugs he ingested. Once he saw that I was leaving, he said, ‘Please don’t go. I’m sorry. I’m f - - ked up. I like your company.’ He handed me a huge tip and his personal phone number and we’ve been friends ever since.”

[Optional] If you were famous, what do you think you would be most paranoid about?