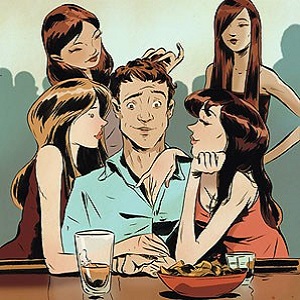 This hot unmarried guy wanted to star on a certain TV show.

He thought that being really high-profile and being seen with hot women would make the producers beg him to do the show.

He’s now being seen as a player who’s just in it for the publicity. That’s the wrong vibe for this role. There’s just nothing sincere or likable about him. Nobody would root for him.

Sorry, Player. Time to move on to a show where your attention-seeking ways will be rewarded!

Similar: So Many Women