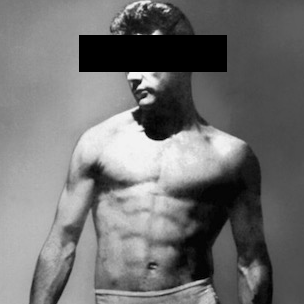 [Blind Gossip] This famous actor has had some very memorable and iconic movie roles.

However, we never really thought of him as a hard body!

Although he did appear shirtless in a movie or two, he did not have the chiseled appearance he had when he was younger.

Our extraordinary actor is untouchable as far as movie stars go.

His career was steady as a rock over many decades and he completed over fifty films.

There isn’t a rising star in Hollywood who doesn’t look up to him.

Why? Just cause he’s a good man.

Think you will never figure this one out?

However, we will give you one final clue… in the form of a riddle!

Q: What time of day does our actor like to play his favorite racquet sport?

Who is our actor?

[Optional] What is your favorite movie of his?

Previous Post: « Bring On The Attorneys For This Twisty Lawsuit
Next Post: Justin Bieber Is Praying Right Now »