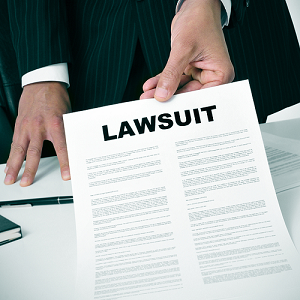 [Blind Gossip] Would you like to be the first to hear about a shocking and twisty lawsuit being filed against some of the biggest names in Hollywood?

Of course you would!

The lawsuit is extensive and includes some of the biggest players in show business, including famous actors, producers, and CEOs. Some of the accused are named as perpetrators… some as enablers… and some as proposed encounters that were not consummated.

The plaintiff is someone who was a teenager when the abuse first began.

Let’s talk about some of the more famous men mentioned in the lawsuit.

PRODUCER: This man is lauded as one of the most successful producers in the movie business. He has previously been named as a serial abuser by dozens of women. He is behind bars right now.

CEO1: This man was the Chief Executive Officer of one of the biggest Hollywood studios. He is no longer with us.

CEO2: This billionaire was the CEO of a large entertainment conglomerate that included a chain of movie theaters. He is also no longer with us.

MOVIE STAR: This man is one of the most famous movie stars in the world. He is primarily a top action star but has also received acclaim for his dramatic work. He has been nominated multiple times for an Academy Award for his acting.

TV STAR: This man was one of the stars of a popular family sitcom that was on network television for many years. A full reboot of that series just finished its run.

The law suit is long and very, very graphic.

The alleged crimes are sad and disgusting and presented in horrifying detail.

The Producer, CEO1 and CEO2 are all accused of allegedly physically assaulting the plaintiff, sometimes alone and sometimes in the company of others.

The Movie Star and The TV Star are not named as defendants in the case, but the law suit details their alleged propositioning of the plaintiff for intimate s*xual acts.

The plaintiff is a man.

While that might make sense given some of the accused, it will come as a surprise given others.

For example, the Producer’s accusers to date have all been women. This law suit alleges that the Producer forced himself on the male plaintiff in a shocking encounter.

The plaintiff is not famous. He did make a run at filing charges against at least one of the accused before but he never got his day in court. He says he will donate any proceeds from the lawsuit to charity.

Each alleged encounter is presented in shocking detail. Some of the encounters even include two of the famous names at the same time.

For example, one alleged encounter has The Movie Star and CEO1 proposing a threes*me to the plaintiff where the two men would both insert themselves into the plaintiff’s orifice at the same time. Yes, it’s disgusting.

The full story, which will include all the names, is expected to run in a major publication within the next week.

Similar: Why This Superstar Is Hopping Mad

[Optional] What do you think the result of this lawsuit will be?