[Blind Gossip] There are all kinds of reports about how this superstar actor is mad at his actress ex because she is dating a friend and former colleague of his.

No matter how passionately he spoke about her in the past, Superstar was never really in love with his ex. He was pleased with her, though, because she made him feel like he was in control and because she enhanced his image. Those are the things that make him happy.

When their relationship ended, he was furious about the fact that he had lost control of the situation and that she made him look bad. He got over it, though, and moved on. So he’s not mad at her. In fact, he doesn’t care anything about her. That’s why he just ignores her now.

However, he is mad at someone. He is actually mad at his male friend!

In his mind, the friend breached some sort of guy loyalty code by not consulting with the superstar and getting his approval before making the move on the superstar’s ex.

That is what really has our superstar hopping mad.

It’s more about his having no control over the situation than it is about really caring whether or not these two people date. 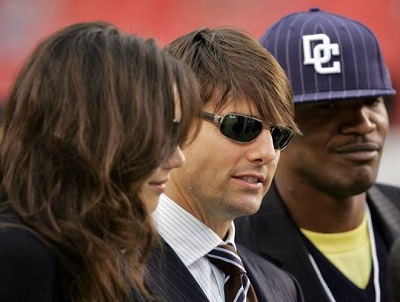 This is a story that started fifteen years ago!

Tom Cruise and Jaime Foxx worked together on Collateral in 2004. 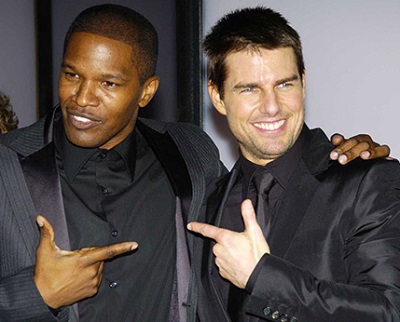 He jumped up and down, proclaiming his love for Katie Holmes. 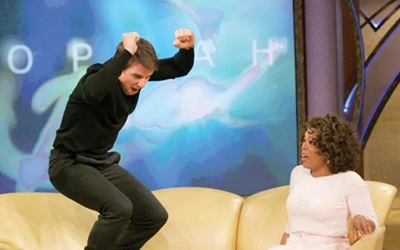 Your friends at Blind Gossip told you that the marriage was supposed to be a five-year contract.

It did not go well, and Katie Holmes tried to pull the plug early. (see She Has Finally Pulled The Chip Out Of Her Head)

She did stick out her contract, even though she was miserable about it. They simply limited their contact with each other until the contract was up. (see She is Limiting Her Time With This Fool)

Long story short, lots of fighting but the couple finalized their contentious divorce in 2012. So they technically were married for five years. (see The Five Year Mark)

Tom Cruise was so mad that he hopped up and down on a sofa!

Not really. That would have been good, though.

However, Foxx and Holmes, knowing that their relationship infuriated Cruise, did keep things very quiet for years.

Their first public appearance was at the 2019 Met Gala. 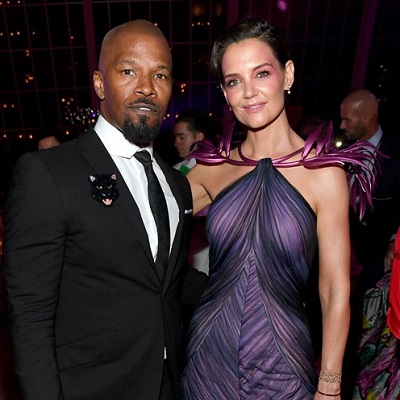 Anyway, after six years of dating and just a few months after going public… Jaime Foxx and Katie Holmes have now broken up.

Katie Holmes and Jamie Foxx split after six years together

The six-year relationship between Katie Holmes and Jamie Foxx has ended, Page Six can exclusively reveal.

But a spy at La Esquina overheard the actress — who was having dinner with girlfriends at the Kenmore Street restaurant — tell a pal, “What Jamie does is his business — we haven’t been together for months.”

When we called another Holmes pal to check it out, they confirmed that the pair split in late May, a few weeks after their much-heralded first red-carpet appearance at the Met Gala.

They’d been together since 2013 — about a year after Holmes divorced Tom Cruise. The pair were highly secretive about their early trysts, meeting up late at night at hotels and sneaking out back entrances to avoid tattletales.

After that, the relationship became Hollywood’s worst-kept secret for many years. 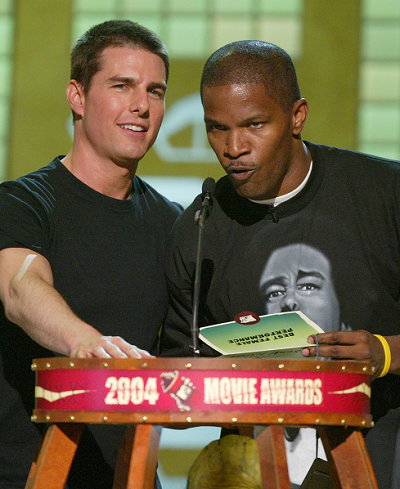 Congratulations to all of you who guessed this one correctly way back in 2015!