[BlindGossip] They have passed the five-year point… so the marriage is over! They are living separately and their public appearances as a couple are down to once or twice a month (tops).

Any time together is as much about keeping the child/ren connected to the whole family as it is to be seen together for the paparazzi.

Here’s the timing for the announcement of the split:

He has two big projects this year. She has already agreed to chip in and help promote the first project with red carpet appearances and positive interview mentions.

If that occurs (and we believe it will), the official split will be announced during the summer lull.

If she takes an additional payout and waits until after the second release, the announcement will be made approximately New Years 2013. 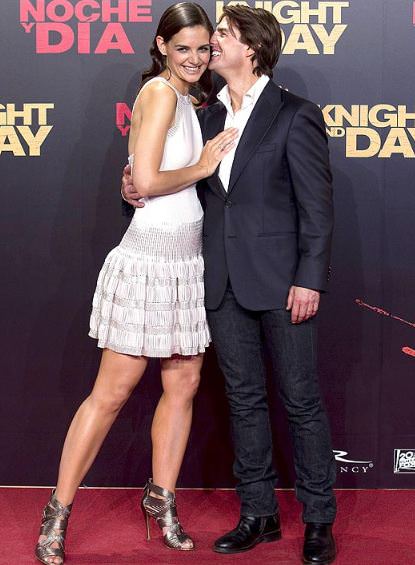 On April 11, 2012, Your friends at Blind Gossip told you that Tom Cruise and Katie Holmes were going to announce their divorce during the summer.

On June 29, 2012, Tom Cruise and Katie Holmes announced that they are getting a divorce.

The situation is exactly as we described to you back in April:

1. The five-year contract is up

2. They were already living separately

3. Their public appearances were down to once or twice a month

4. The timing of the announcement is taking place after they have finished promoting the first big project (Rock of Ages)

5. The timing of the announcement is during the summer lull (Announcing on a Friday afternoon of a holiday weekend is also a nice touch)

She rejected the additional payout to stick around for the promotions for Jack Reacher.

Katie Holmes is out of there! 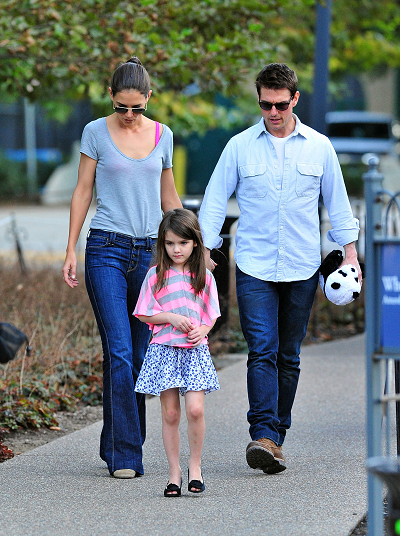 After five years of marriage, Tom Cruise and Katie Holmes are getting a divorce, PEOPLE has learned exclusively.

“This is a personal and private matter for Katie and her family,” says Holmes’s attorney Jonathan Wolfe. “Katie’s primary concern remains, as it always has been, her daughter’s best interest.”

Cruise’s rep tells PEOPLE: “Kate has filed for divorce and Tom is deeply saddened and is concentrating on his three children. Please allow them their privacy.”

This was Holmes’s first marriage and the third for Cruise, who previously was married to the actresses Nicole Kidman, with whom he has two children, and Mimi Rogers.