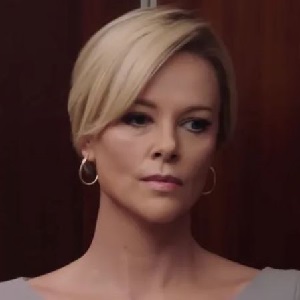 [Blind Gossip] We’ve talked about this performer before. She is extremely talented and has won at least one big award.

She can completely transform herself when she wants to.

When we saw this photo of her, we didn’t recognize her and thought she was someone else!

Who does your first instinct say is?

No cheating (even if her ex did)! 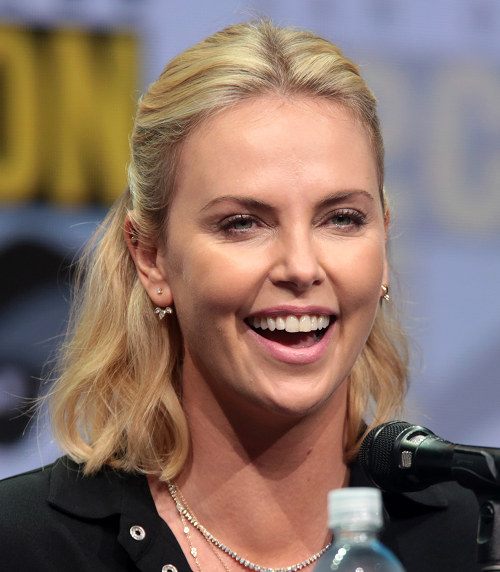 Charlize Theron is an incredible actor.

Of course she is gorgeous. Remember this Dior perfume ad? 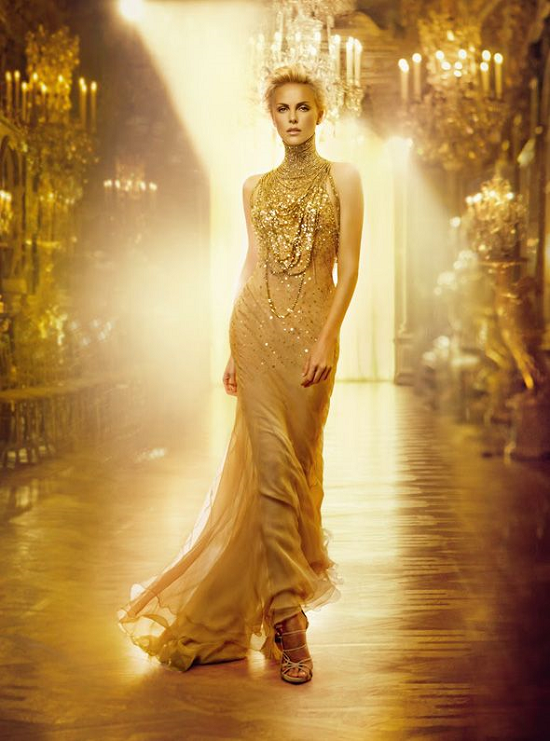 But the girl can act, too!

Her willingness and ability to physically transform into the characters she plays was first evident in Monster, where she played serial killer Aileen Wuornos. 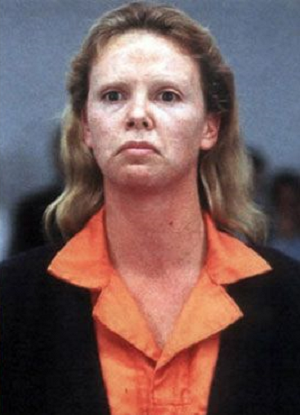 Yes, that’s Charlize. She won the Academy Award for Best Actress for that role!

Charlize Theron transformed her look once again for the new movie Bombshell.

The film is about the sexual harassment allegations made by female Fox News employees against founder Roger Ailes. 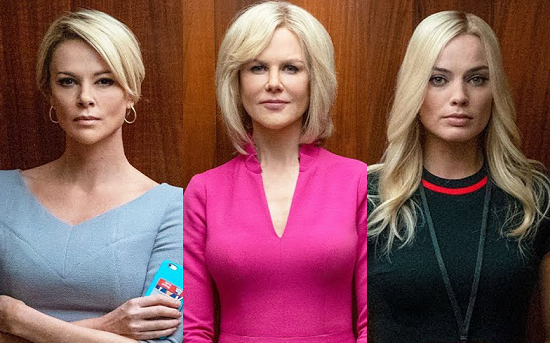 Now that the trailers have been out for a few months, you may have gotten used to seeing Theron as Kelly.

However, when the pics first came out, we did not recognize Theron at all. The transformation was stunning! 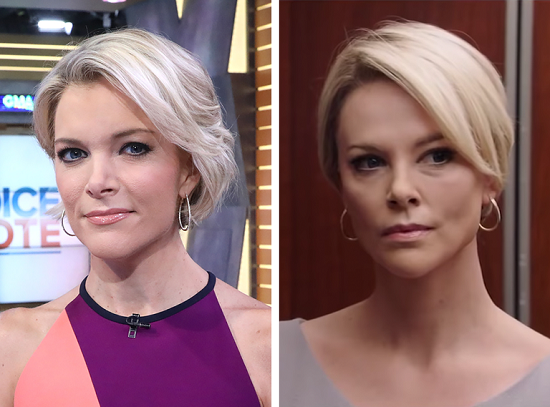 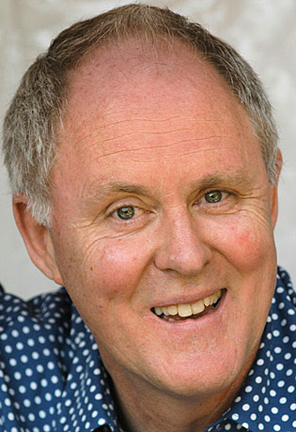 Lithgow play Roger Ailes. His transformation – also with the help of prosthetics – was remarkable, too! 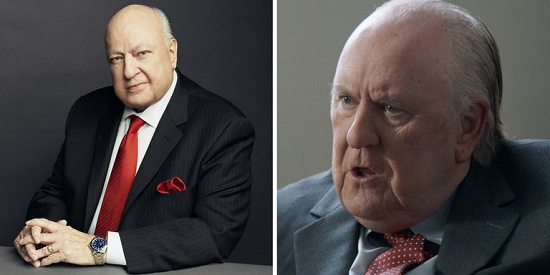 Bombshell hasn’t even been released in theaters yet, but much has already been made over Charlize Theron’s transformation in the upcoming movie.

“It’s really hard to get him to do new stuff,” she told The Hollywood Reporter. “But I did a lot of begging and he came on and designed eight [prosthetic] pieces for me. Two of them basically covered my entire eyelids. It was very intricate work. Intricate work where you still need to be able to do what you need to do, like blink.”

Theron also discussed the importance of the story at the center of Bombshell, that of the female employees at Fox News who exposed CEO Roger Ailes’s sexual harassment.

“The story itself was very familiar and one that in the recent couple of years we’ve had so much attention brought to by movements like #MeToo and Time’s Up,” Theron told THR. “History has just repeated itself when it comes to women and their fight for equal rights, whether it’s the pay gap, or not wanting to be abused by power, or being threatened that their ambition is going to be used against them.”

Also starring in Bombshell are Nicole Kidman as Gretchen Carlson, and Margot Robbie as a fictional composite character, Kayla Pospisil.

In 2016, Carlson sued Ailes for sexual harassment; she later settled with Fox for $20 million. Kelly chronicled her experiences in her 2016 memoir, Settle for More.

Want to know how much Charlize Theron looks like Megyn Kelly?

A week ago, Megyn Kelly took her kids to see Frozen 2… there was a poster for Bombshell in the theater lobby… and Megyn Kelly’s son was confused because he thought it was his mom on the poster! 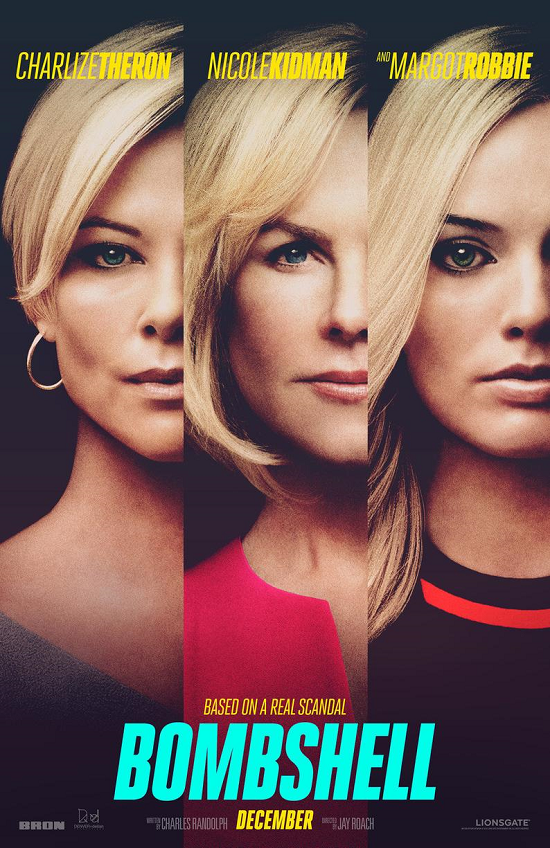 Megyn Kelly does make it clear, though, that she had nothing to do with the movie.

My husband @dougbrunt and I recently took our three kids to see the movie “Frozen 2.” As we walked into the theatre, our 6-year-old stopped at this poster promoting another movie hitting the big screen. The ad confused him because it appears to show a picture of me.

But while the movie “Bombshell” is loosely based on my experience during the sexual harassment scandal at Fox News, I have nothing to do with this film. I did not sell the rights to my story or book and only got my first look at the film once it was past the point of any possible edits, though there are certainly some I would have made.

Watching this picture was an incredibly emotional experience for me, and for those with whom I saw it. Sexual harassment is pervasive in this country; it can leave scars that do not heal. My heart goes out to those who’ve gone through it, who I hope might find some comfort in this story.

As for my thoughts about the film, I’ll have more soon.

Congratulations to Cheekymonkey69 for being first with the correct response!

Some of you thought the original photo was of Sharon Stone or Elizabeth Banks. The funniest answer came from someone who thought it was Parker Posey trying to look like Kate Gosselin!