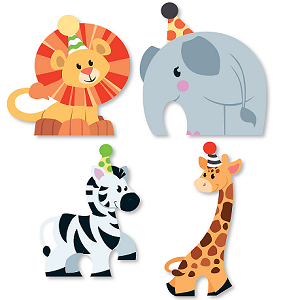 [Blind Gossip] These two famous actors starred together in a successful movie several years ago.

Although their characters were enemies in the film, the two actors became friends and have been hanging out together ever since.

They are both a couple of party animals. They have different ways of entering a party, though.

At a private party in Malibu a few months ago, First Actor’s entrance was loudly announced by the DJ. Quick as a fox, First Actor jumped onto the stage and grabbed the mic. Foxy greeted the crowd and got them pumped up to party.

The DJ started to introduce him, too, but then stopped mid-sentence.

If he was trying to be quiet, that was the wrong way to do it, because of course everyone turned around to see who it was!

Then [Wolfie] spent the next thirty minutes hanging out in the corner by the lighting booth, trying to avoid people. Strange.

What’s the matter, Wolfie? Not enough young models at the party for your liking?

Foxy First Actor made a big entrance and ran up to greet the DJ.

Foxy was, once again, the life of the party.

Wolfie, once again, stayed out of sight. He was so subtle, in fact, that reports of the party didn’t even mention that he was there!

That can’t be a coincidence, though. The same pattern of arrival. The same non-introduction introduction of Wolfie by two different DJs.

If you don’t want to be announced, why get announced at all? What is the relationship between these two actors? Is Foxy acting as Wolfie’s hype man? Is there something else going on?

[Optional] Which of these men is the better actor?