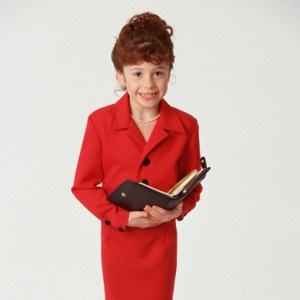 [Blind Gossip] This underage girl is one of the stars of an ensemble TV show. Yes, she was at the Golden Globe Awards.

Was talking to a couple of other agents who are shocked at how old she looks. They said usually the kids are in a hurry to grow up, but in this case it’s the parents who want her to look/act/dress much older than she is. They want the bigger paychecks that they think will come from being cast as an adult film lead.

Good strategy? Not from an agent’s perspective.

We prefer talented actors who read younger on screen. More longevity and flexibility with their career. Also don’t like it when parents are dependent on the child’s income. It makes for bad decisions.

Similar: Laverne Cox Has Been Lying About Her Age

[Optional] Do you think her parents have her best interests at heart?