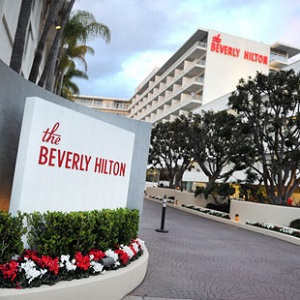 [Blind Gossip] This male nominee took a limo to the Golden Globe Awards. He had the driver pick up his friends, too.

The women were dressed nice, so I figured one was his date. During the drive, they all started wrestling around back there. Then he just put his head back and closed his eyes and the women took turns giving him a bl*w job. He didn’t even ask me to put up the partition. When they were done, he asked me to pull over. He gave them some money and the women got out of my car and into an Uber. The rest of the drive to The Hilton, he never said a word to me. He did tip me well.

Great. Hope you used that tip to buy some cleaning supplies!

[Optional] Have you ever ridden in a limo? Fun or overrated?