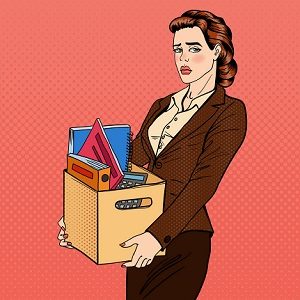 [Blind Gossip] There is a lot going on behind the scenes at this network that they would rather you not know about!

Let’s talk about one particular casting shuffle. A woman is being moved outof her job and a man is taking her place.

So her fellow female employees are upset about this, right?

A lot of women at the network hate her. When all that #MeToo stuff happened, she pretended like she had no idea what was going on. Of course she knew! She slept with [X] in order to move up the ladder!

So there is a bit of schadenfreude about her getting replaced by [a man]. By the way, he could have co-hosted with her, but he didn’t want to.

None of the women here are going to jump in to defend her or say that it was unfair that she was pushed out and replaced by a man. Why should we support her when she hung her sisters out to dry?

[Optional] Why do you think her replacement didn’t want to cohost with her? 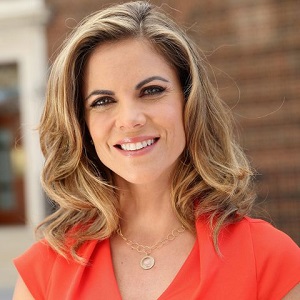 Your friends at Blind Gossip told you a month ago that this personnel change was coming down the pike.

Well, it was just confirmed that Natalie Morales has been FIRED from Access Hollywood!

She is being replaced by Mario Lopez.

About a month after longtime executive producer Rob Silverstein was let go at Access and Access Live, anchor Natalie Morales is following him out the door.

Morales is out at Access, The Hollywood Reporter has confirmed, but is staying with NBC News as Today West Coast anchor and Dateline correspondent.

Co-anchor Kit Hoover is staying with Access and will anchor the show solo for the time being. Scott Evans will also remain as co-host of Access Live.

Mario Lopez could have come on board and co-anchored with Natalie, but Mario wanted to be THE star of the show… so no co-anchors for him!

Natalie sent this memo to staff to announce her departure:

And I do mean family! I have had a wonderful 3 years here with you and will treasure the memories and good times! Thank you for welcoming me with open arms and for always bringing your A-game. I have so much to be grateful for and can’t name all of you… but I do have to especially thank Kit, Scott, Sibley and Liliana for making it always a fun day “at work.” And thanks to our incredible producers, crew, assistants, wardrobe, hair and makeup teams.. I mean truly, I have a long list and hope to thank you each personally. Keep being the little engine that could!

As an “Air Force” brat who has had to say goodbye one too many times in my life.. I prefer to say see you all later … and by later I mean on the next red carpet or on the lot! I’m just a few studio gates away after all. Please stay in touch!

Blah, blah, blah. She was fired.

Notice how the announcement is coming the Friday before a holiday weekend? That is how you minimize fallout.

There’s a little bit of schadenfreude in this story, as Natalie Morales kept quiet during the entire Matt Lauer/#MeToo controversy. 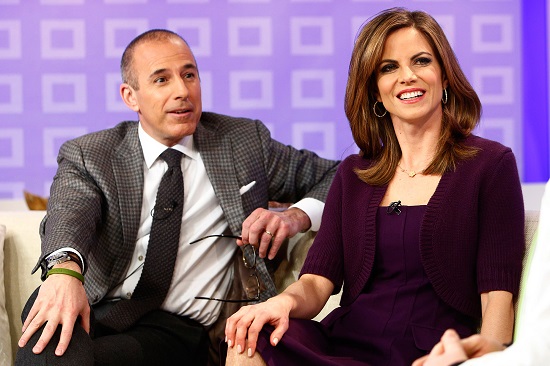 In fact, when the whole MeToo brouhaha started, NBC quickly shuffled Natalie Morales off the couch next to Matt Lauer and sent her packing to the West Coast.

Of course, Matt Lauer and Natalie Morales deny that they ever had an affair.

Not that Morales’ replacement on Access Hollywood, Mario Lopez, is a paragon of virtue. But he does have dimples!

By the way, NBC was also considering replacing Natalie with Billy Bush, who was sidelined because of his own misogynistic behavior.

Congratulations to Beachchick218 for being first with the correct response! 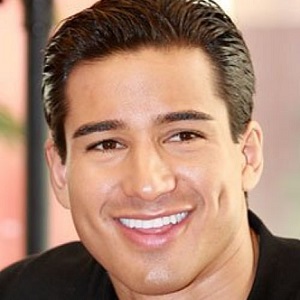 We told you about this months ago. Now it’s official!

Lopez replaces Natalie Morales, who exited the show in April

The longtime “Extra” host will join Kit Hoover and Scott Evans as a host on both shows beginning Monday, Sept. 9, filling the seat vacated by Natalie Morales in April.

“Vacated” is an interesting choice of words. It sounds like Natalie left the seat empty and then the studio had to go out and look for someone to fill it.

Ha! The truth is that “vacated” is the new “got fired.” Mario was lined up to replace Natalie long before she left.

The announcement that Mario was taking her place was simply delayed for a few months to make it look like Natalie left voluntarily and there was some sort of search on for a new host. It was also done that way to lessen any controversy over female talent being replaced by male talent.

Anyway, the switch is complete.