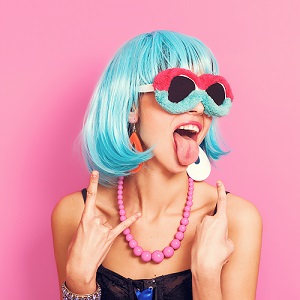 Although some reports have her in a bad state, she is denying that anything is wrong.

According to someone close to her, there’s actually an easy way to tell if she is fine or not.

She says,”There is the real me and the me that people talk about on social media.” When she is slipping, she does something drastic to her appearance: more hair, more makeup, piercing, tattoo, big sunglasses so you can’t see her eyes. Sometimes several of those at once.

Perhaps she is trying to disassociate from her public persona by wearing a disguise?

Similar: Her Husband Thinks She Is Stupid 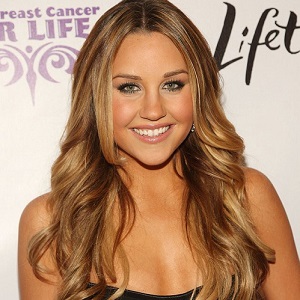 She’s had her issues over the past few years, but Amanda Bynes has just succeeded in graduating with an Associate’s degree from FIDM!

Amanda Bynes has something to celebrate!

On Monday, the 33-year-old actress took to Twitter for the first time in nearly seven months to share a snap from her college graduation. Bynes, who completed her studies at the Los Angeles-based Fashion Institute of Design and Merchandising, looked happy and healthy in the pic, posing alongside a male friend.

In the photo, Bynes, who wore her long blonde hair down, is rocking her black graduation robe and cap as she stands with her hand on her hip alongside a friend, who opted for sunglasses and leopard-print accessories to jazz up his graduation look.

…She’d like to put her degree to use with a full fashion line one day, but added, “I want to get back into acting first.”

According to friends, you can tell when Amanda is well and when she isn’t by how she looks.

When she is well, her appearance is well groomed and more natural.

Here is a photo of her from a recent Paper Magazine shoot: 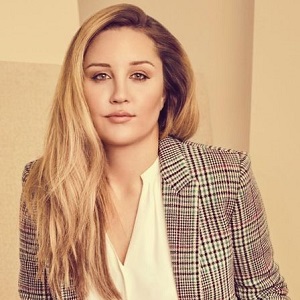 And here is a photo from her graduation:

And then there are the times when she is not well and goes out in public “in disguise.” The disguise may include long wigs, large sunglasses, and piercings. 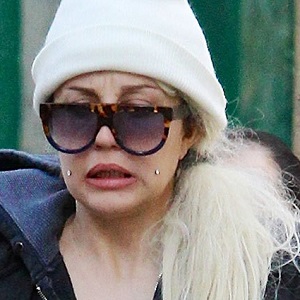 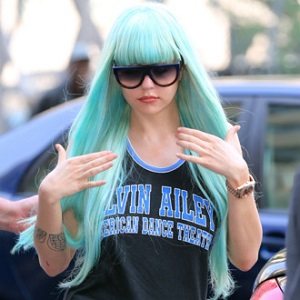 Here is a photo from another court appearance: 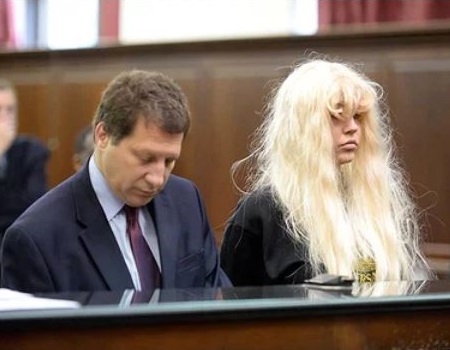 We congratulate Amanda on her graduation and hope that she enjoys a happy and healthy life and career!

Kudos to Sunshine702 for being first with the correct response!

Related: Just Lie For Me