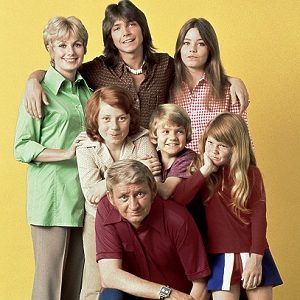 [Blind Gossip] This very successful TV show ran for more than five seasons but is no longer in production.

There is talk of a movie featuring the original cast… but some of them are not satisfied with that!

There are at least three key cast members who don’t just want a stand-alone movie. They want to bring back the show to TV for a few more seasons!

Of course the entire cast will be portrayed as older and wiser and having moved on to a new chapter in their lives, but they think that their original fan base would love it as long as the characters live/work in close proximity. They don’t think they would even need every original cast member to make it successful (although that would be nice). They are trying to convince the other talent to join them. Quite frankly, each person’s enthusiasm seems to be directly tied to how much they would be paid!

Definitely not The Partridge Family.

[Optional] Good idea to bring it back? 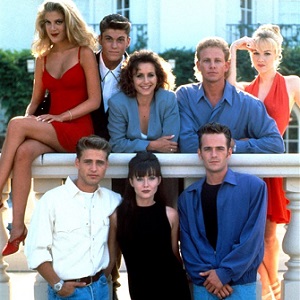 Beverly Hills 90210 is coming back as a TV series!

Your friends at Blind Gossip told you way back in August 2018 that they were discussing doing a movie as a follow on to the original series. We also told you that some members of the cast weren’t satisfied with a one-off project and really wanted to reboot the entire TV series.

The conversation really started heating up when some of the members of the original cast met for coffee in December 2018 at a coffee shop.

The result? A reboot!

What can fans expect of the reunited West Beverly Class of ‘93?

“It is the OG crew back together, and we’re playing heightened versions of ourselves,” Spelling said. “The fans will be pleasantly surprised, though, because we will intercut that with scenes from the show. So it’ll be a whole ensemble cast playing a heightened version of themselves. Almost everybody.” 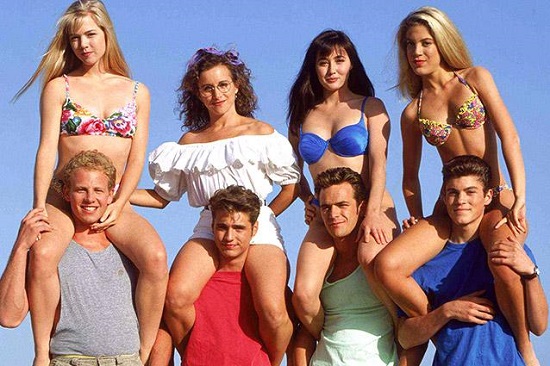 She said Luke Perry, who previously said he’d be up for a reboot, is tied up with his role on “Riverdale,” so he “will do as many [episodes] as he can do. But almost the whole original cast.”

Spelling said there’s no official word on Shannen Doherty, although she did add, “If she’s watching, we would love to have you do it.”

As for what the show will look like, Spelling told E!’s “Daily Pop”, “Think ‘Curb Your Enthusiasm’ episodes, in an hour long show, and we’re all playing heightened versions, so it could be fictional, it could be non-fictional, people will have to guess. And then we will have pop-ins, because we’re behind the scenes trying to do the reboot.”

Rumors of an original “90210” reboot have been swirling for weeks after several of the show’s stars were spotted getting coffee together.

As for this new version? Count us in. We’re just going to run out and pick up a slice of fresh peach pie from The Peach Pit first.

Congratulations to Slantrhyme for being first with the correct answer! 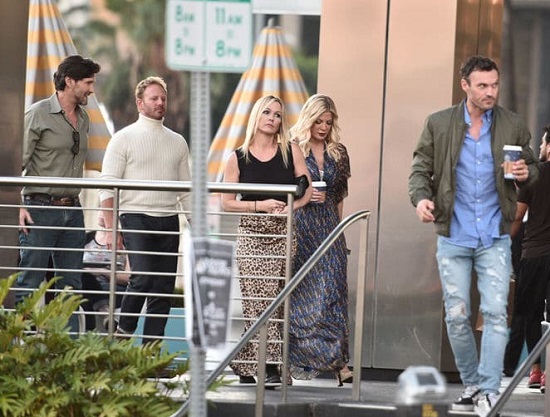