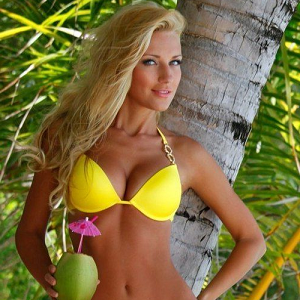 [Blind Gossip] Want to hear about a new relationship before the rest of the world knows?

Last year, your friends at Blind Gossip were the first to tell you that the marriage of this movie star was heading toward divorce.

Sure enough, a few months later, the actor and his wife announced that they had separated.

Are you wondering what is going to happen next?

Well, our handsome actor is going to be debuting a new girlfriend very soon.

It’s all very hush hush. Actually, to an odd degree.

The new girlfriend has scrubbed her social media. Photos of the couple are embargoed from release until the announcement is made. Yes, embargoed.

Now, based on this kind of PR effort, you might think that the new girlfriend is someone very, very famous.

While we won’t call her by her name yet, “C” is a pretty, 30-ish Internet girl from Texas who is into hair and makeup and likes to pose in bikinis. Of course, she aspires to be much more.

Look for the big reveal of photos of the new couple riding bikes, going on walks, riding Vespas, walking the dog, driving in the car.

While it will all look very casual and accidental, just know that this couple introduction has been highly orchestrated and coordinated among the couple, publicist and photographers.

[Optional] Why the big PR push? 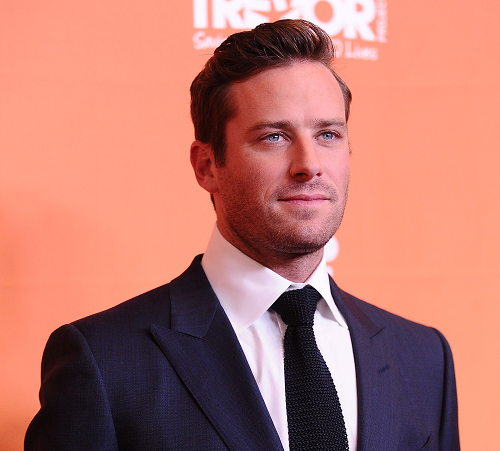 We’ve been telling you about the very messy love life of actor Armie Hammer for the past couple of months.

Blind Gossip told you in 2019 that his marriage to Elizabeth Chambers was coming to an end (see Happy Angry Birthday for details). 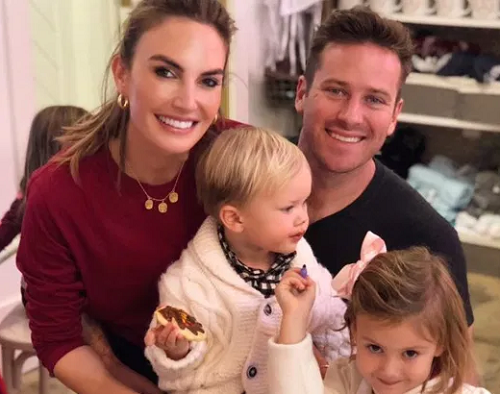 Sure enough, the two are now divorcing.

However, that doesn’t mean that Armie is devoid of female companionship!

Armie was recently seen on a cozy walk with Rumer Willis, daughter of Bruce Willis and Demi Moore. 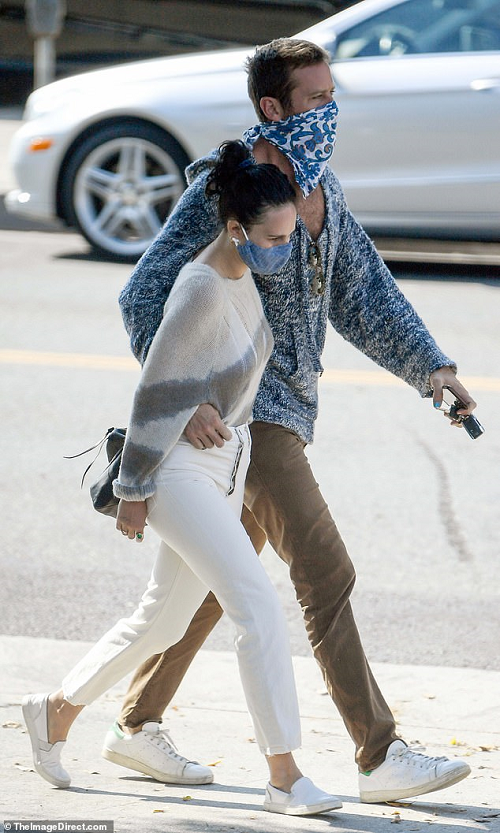 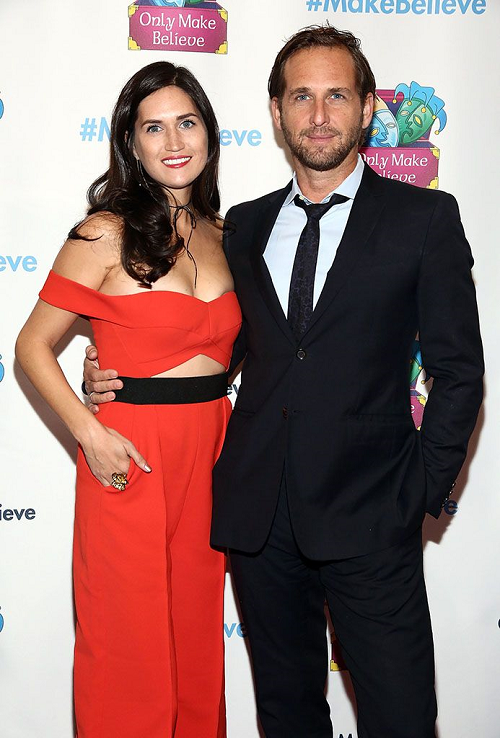 Jessica and Josh divorced back in 2014, but they have been off and on since then.

However, back in August 2020, your friends at Blind Gossip told you about another woman who thought that she was about to be announced as Armie Hammer’s girlfriend.

We simply called her “C.”

Well, we’re ready to reveal the identity of “C”!

Her name is Courtney Vucekovich. She is from Dallas, Texas and she is 30 years old. 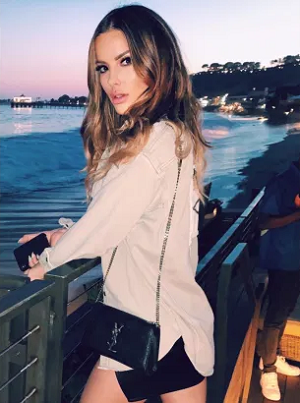 Courtney is a former sorority girl from Texas Tech.

Courtney is also the founder of a company that provides on-demand glam services in the Dallas Fort Worth area. You know, hair and makeup. The app associated with her company is called Flashd.

She describes the company’s services this way:

We will come to your home, office or hotel. Our beauty pros use the latest and greatest products and tools to ensure you feel beautiful from the inside out.

They will also take your photo once you are all glammed up.

Courtney herself likes to be photographed. Here is a bikini shot. 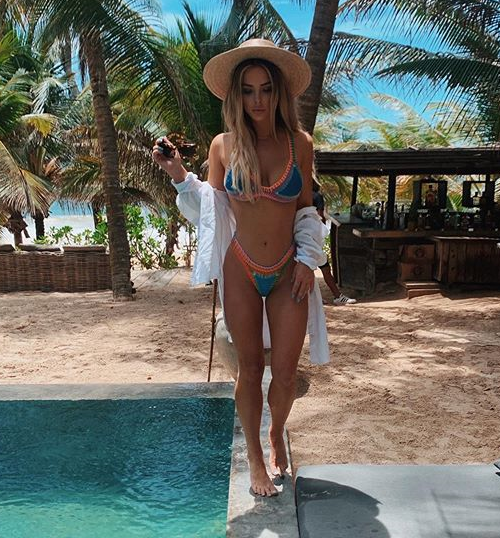 The media is describing the relationship between Armie and Courtney as “brief.”

Actually…. Courtney and Armie spent a lot of time together over the summer and Courtney thought that the relationship was serious.

In fact, in August, Armie’s publicity team was preparing a formal rollout of multiple photos of her and Armie. To prep for the launch, they instructed Courtney to do a social media scrub so that the released photos would have maximum impact.

The official photo release was supposed to happen a few weeks after Armie Hammer’s divorce announcement.

Then, suddenly and unceremoniously, Courtney was pushed to the side.

Armie Hammer did a public appearance with Rumer Willis instead.

After that, photos of Armie Hammer with Jessica Ciencin Henriquez were released.

Unfortunately, there is not much Courtney can do about it.

Why? Because Armie Hammer is a movie star. 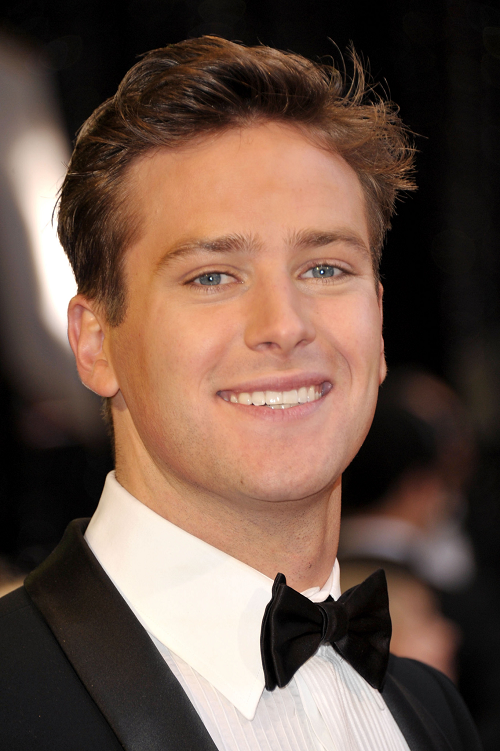 Armie and his team will be the ones to decide which woman/women will be publicly introduced as potential love interests.

Did you catch this clue?: “While we won’t call her by her name…”

Armie Hammer is known for the movie Call Me By Your Name. We still say that Armie Hammer deserved an Oscar nomination for his role in CMBYN (see Why He Did Not Get An Oscar Nomination for details). 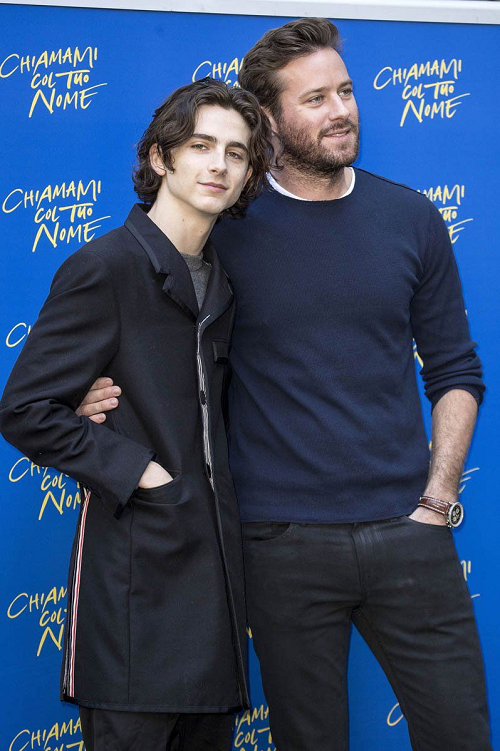 Congratulations to MrsBrady for being first with the correct response!

Related: Why He Did Not Get An Oscar Nomination

Your friends at Blind Gossip were the first to tell you last summer that actor Armie Hammer was involved in a relationship with an Instagram influencer from Texas who was into hair and makeup.

Her name is Courtney Vucekovich and she is from Dallas Texas. 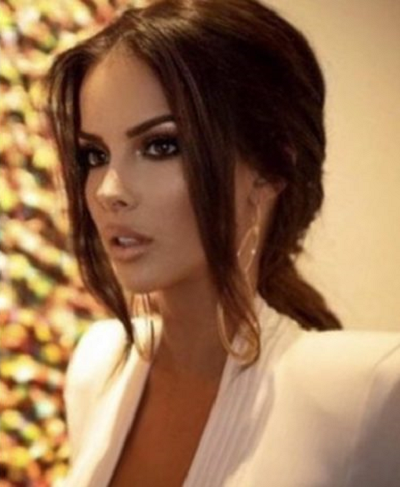 We also told you that the photographs of the couple were embargoed because his publicists were planning a formal rollout of the the two of them as a couple…. but that the relationship ended very suddenly and with no explanation.

None of it made any sense.

From the beginning, we told you:

Now there is an explanation. And it’s more than odd.

It is downright CRAZY!

Armie Hammer’s ex Courtney Vucekovich: He wanted to ‘barbecue and eat’ me

Armie Hammer’s latest ex-gal pal says their romance was like dating a wanna-be Hannibal Lecter — as the Hollywood star’s idea of pillow talk was fanaticizing [sic] about which of her body parts he’d like to roast and devour.

“He said to me he wants to break my rib and barbecue and eat it,” app founder Courtney Vucekovich exclusively told Page Six. 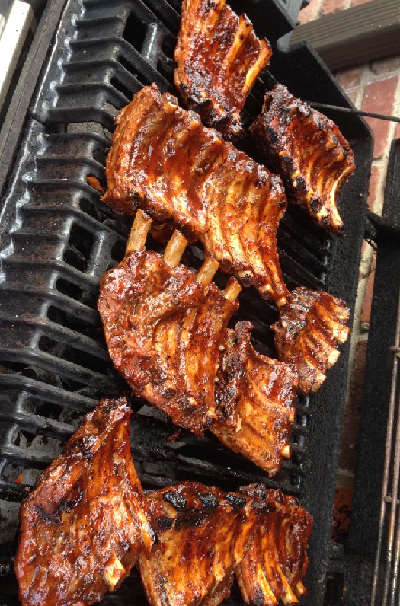 Yikes. Perhaps he was planning on serving that with fava beans and a nice chianti? 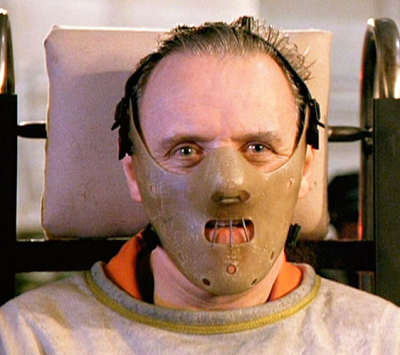 “‘F–k that was weird,’ but you never think about it again,” she says of overlooking the odd behavior at the time. “He says, I want to take a bite out of you. If I had a little cut on my hand he’d like suck it or lick it. That’s about as weird as we got.”

In one, shared by anonymous Instagram account House of Effie, Hammer allegedly asked a partner if he could “cut off one of your toes and keep it with me in my pocket so I always had a piece of you in my possession.” 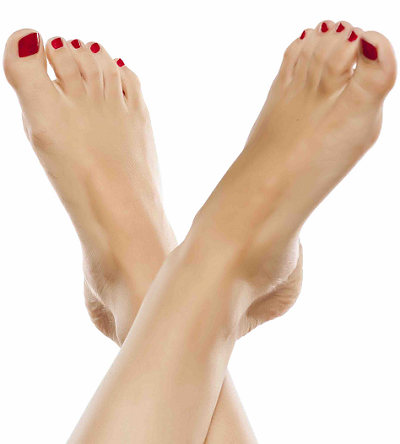 In another, he allegedly described himself as “100 per cent a cannibal.”

While Vucekovich, who dated Hammer from June to August, couldn’t confirm whether those specific screenshots were legitimate, she said they were no surprise.

“He likes the idea of skin in his teeth,” she claims.

Vucekovic, who spoke following a divorce filing by Hammer’s estranged-wife Elizabeth Chambers, tells Page Six that her relationship with the “Call Me by Your Name” actor was not only weird and gross but also emotionally abusive.

“He enters your life in such a big way. He’s such a captivating person. He has such a presence and he’s aware of that and he uses it in such a way that most women would think, ‘Oh my gosh this is amazing,’ but especially young women, that’s kind of the scary part—how good he is at active manipulation and making you feel like he’s never felt this way about anybody,” Vucekovich, 30, tells us.

All the women think that he is “great.”

… “He quickly grooms you in the relationship,” she explains. “He kind of captivates you and while being charming he’s grooming you for these things that are darker and heavier and consuming. When I say consuming, I mean mentally, physically, emotionally, financially, just everything.”

Vucekovich claims Hammer is a “chameleon” who transforms into “exactly who you need him to be.”

… Eventually, Hammer’s behavior turned “obsessive,” Vucekovich claims. At one point, she and Hammer spent three weeks together, 24/7, and when they weren’t together, she says he would text her 100 times per day.

That’s both reptilian and stalkerish. 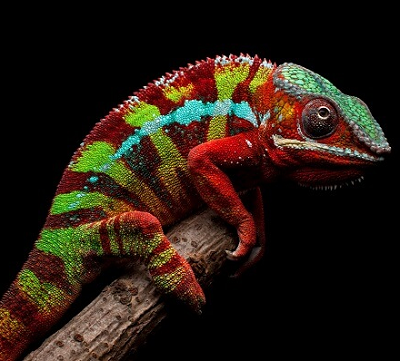 Vucekovich claims “The Social Network” actor would drink and do drugs “all the time,” which left her feeling compromised and scared.

“He did some things with me that I wasn’t comfortable with,” she says. “For God knows what reason he convinced me that these things were OK and he put me in some dangerous situations where I was not OK; where he was heavily drinking, and I wasn’t drinking that way and it scared me. I didn’t feel comfortable.”

She adds, “You end up doing things that are very out-of-character for you, including s*x acts.”

Vucekovich declined to name the s*xual acts because she didn’t want them to overshadow the toll Hammer’s emotional abuse took on her.

The Dallas-based business owner describes Hammer as one of the “most broken” people she’s ever met.

…Following their breakup, Vucekovich found herself having panic attacks thinking about what she endured in their volatile relationship. Her chest hurt and she struggled to breathe, so she checked herself into a 30-day partial hospitalization program for PTSD and trauma.

Good luck to Courtney. Glad she is getting help!