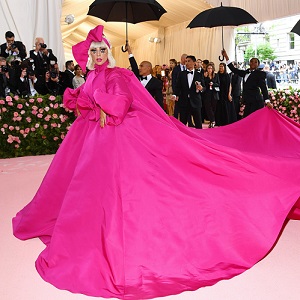 Since they are in the same industry, you would think that they would have some sort of friendly interaction at such a publicized event.

She said, “Ugh! Keep her away from me!” and walked away.

The older model was there with her husband, so it’s not like she was desperate for companionship or conversation or pursuing the younger model in any way.

Nothing to do with Lady Gaga. We just like the pink parachute she wore!

[Optional] What problem do you think Younger has with Older?