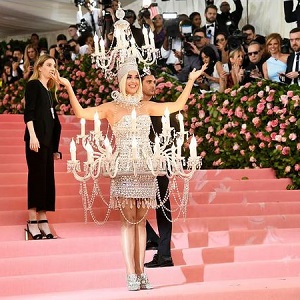 [Blind Gossip] This celebrity is a member of a famous family.

Their sibling/s were invited to the Met Gala.

We’re sure they are pretending that they were “busy” that night.

The truth is that [they were] pissed off about not getting an invite!

[He/she] thinks of the family as a unit and was grumbling about how great a photo op it would have been if they had been there together and that Anna Wintour doesn’t know what she’s doing.

Not anyone related to Katy Perry. We just like the photo of her dressed as a chandelier!

[Optional] Who do you think had the best outfit at the Met Gala 2019?